PokerStars "Seat Me" Gets Beta'd in Spain, Before Going Global
January 30, 2017 Online Poker

PokerStars “Seat Me” Gets Beta’d in Spain, Before Potentially Going Global 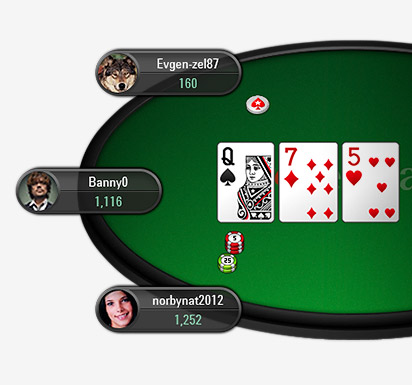 PokerStars’ new “Seat Me” function would eliminate seating scripts and bum-hunters, but it will also make it impossible to rail live cash games. (Image: PokerStars)

Online giant PokerStars’ latest move is yet another aimed at rebalancing the game’s ecosystem in favor of the recreational player. This time, it comes in the form of a new system called “Seat Me,” which will be trialled initially on its Spanish client, before being rolled out everywhere else, should the experiment prove successful.

“Seat Me” effectively eradicates table selection altogether. Players will be able to select their preferred stake and game type as usual, while a single “Play Now” button will automatically seat them at a corresponding table, selected at random.

The function is designed to eliminate bum-hunting, in which accomplished players actively seek out and target weak recreational players. It will also eradicate “seating scripts,” software that detects “soft” players for bum-hunters to target and seats them at their table.

The operator believes bum-hunting is cannibalizing online poker, which for several years has suffered from a dearth of new recreational players coming into the game. The skill-gap between regulars and recreational players has never been greater and new players are getting swallowed up and spat out far too quickly.

A similar function was introduced at PokerStars’ sister site, Full Tilt, in the summer of 2015, before it was merged into the PokerStars player pool.

“At PokerStars, we are constantly looking for ways to better provide a safe and fair environment, and to improve the overall experience when a customer chooses to play with us,” said PokerStars’ Severin Rasset. “Protecting the game of poker that we all love is at the core of everything we do.

“It ignites very passionate discussions as the decisions are often quite complex when we take in consideration our pool of players with different needs and desires, the historical precedence, the evolution of the game, the latest trends…”

But PokerStars’ attempts to “protect the game of poker” have not always gone down well with players, especially high-stakes, high-volume ones, who are the site’s biggest customers by definition.

Its decision to rebalance the player rewards system at the expense of Supernova and Supernova Elites resulted, albeit briefly, in organized boycotts. PokerStars has also restricted, to a degree, the use of HUDs and data tracking software.

One downside to the proposed “Seat Me” function is that players will no longer be able to watch games live, or railbird. However, railbirds will still be able to “observe ring game action through rolling highlights of key hands, with Team PokerStars Pros’ play weighted to appear at the top of feeds to enable fans to locate and watch them more easily,” said Rasset.

weak players will not help! we have to work on his game, and we must learn from the strongest players! show strong player poker game, and the weak playing in a coin

How do you prevent bum hunting in a casino? it doesnt have sense. And this is a comment of a grouper.