PokerStars Rolls Out New Rewards Program, Whether You Like it or Not

For better or for worse. That could be the slogan PokerStars uses for its new rewards program, Stars Rewards, which went into effect across all markets July 6. 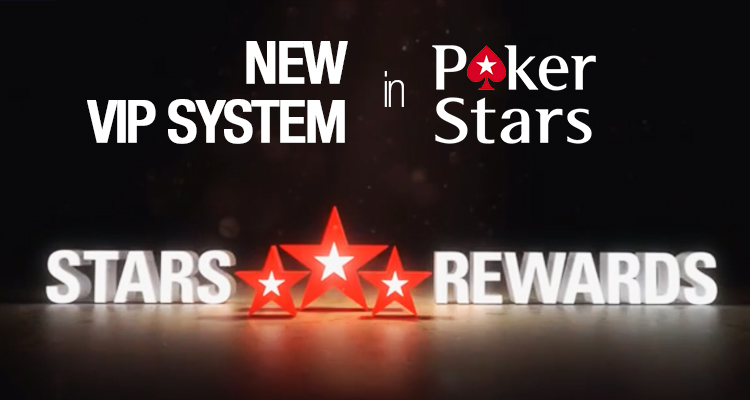 (Customers in Denmark and Italy switched over to the new model last month.)

So, what is this new rewards program and how does it differ from the old one? Severin Rasset, PokerStars Director of Poker Room Operations, answered this question in an April 3 blog post:

“The current monthly volume-driven rakeback model will be retired and will be replaced with one that rewards a variety of factors, such as volume, stakes, how often players play, and net deposits. We recognize that change can be challenging, but we believe that now is the right time to deliver a new way of rewarding play.”

In the past, players would receive a rebate on the total amount of rake they paid in cash games, called “rakeback.” PokerStars has eliminated this model and moved towards a daily point-based system. For every $1 collected in rake or tournament fees, a player receives 100 rewards points.

Those points can then be used to claim tournament tickets or to win prizes and bonus cash. Customers set a customized point target to achieve. Upon hitting their goal, the player then received a “Chest” promising some form of mystery award.

Stars Rewards also will start awarding players daily, instead of monthly, meaning you could sign-up now and win a big prize before bed. At least that seems to be the message they’re going for now. In the past, you had to grind for days before being eligible to receive anything of value.

The prize won’t be completely random. It will be tailored to individual preferences. For example, if you never venture over to the Stars Casino to play blackjack, don’t expect a blackjack free bet prize. But the odds of winning the maximum prize for each chest is 1 in 10,000.

A decline of online poker’s popularity in recent years pushed Stars owner, Amaya Inc., to change its strategy. Instead of rewarding the most serious players, PokerStars began to cater to recreational poker players and casino gamblers who might also enjoy slots, sports betting, and other table games.

Shifting marketing efforts towards casual casino patrons turned off many poker pros who previously gravitated toward PokerStars because of the site’s commitment to poker and poker only. A shift in loyalty program rewards could turn away even more hardcore grinders.

The odds of winning a mega-prize upon opening one of those rewards chests are slim. The odds of scoring a few bucks or less are pretty good. This gives recipients maybe a quick thrill of victory, but makes it less beneficial for grinders to play daily at PokerStars.

With rewards for long-term loyalty less than what they were in the past, this new system is simply something PokerStars customers will have to accept … for better or for worse.

Remembering that PokerStars understands personal offer, you can be sure that they will appreciate the activity of the player and if you ever out of curiosity opened the casino or for fun played in tournaments or back, it is likely that a portion of their rakeback you’ll receive is not really needed you “gifts”.

Decide to use them, to extract at least some profit? You will begin to pour even more bonuses for casino, tournament tickets and other small things, because once you use them, the system will most likely deem that you are interested.

And the rewards system essentially becomes a lottery – you will constantly see in the news and announcements that some player broke a good prize and received a ticket to an expensive tournament, or just a bunch of cache. But you understand that the chances to become the next lucky, will be disastrously low?

Got my first chest. It contained 12 stars coins, equivalent to 12p. What a rip off.

12 Starscoin is worth 12 cents Paula, equivalent to 9 pence. It is even worse than first thought. 🙁