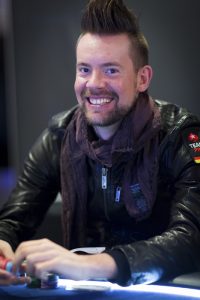 With apologies to American poker players, who can’t join in the fun, PokerStars has released the full schedule for the 2014 Spring Championship of Online Poker, and promises it’ll be the richest online poker series in history, with a mind-boggling $40,000,000 in guaranteed prizes spread over 135 tournaments.

So what’s new? Well, for the first time there will be three events on each day of the series. As usual, there will be a smorgasbord of variations and formats to choose from – 18 different games in 15 different formats, to be exact – with the addition of re-entry tournaments and Progressive Super-Knockouts for the 2014 championships.

From Standard to Exotic

Players can choose to play all kinds of games, ranging from the standard to the exotic, with Badugi, 5-Card Omaha Hi/Lo, Single Draw 2-7, 5-Card Draw all on the menu. And of course, SCOOP, as always, is structured to allow players of all pockets to take part with its unique three tiers of buy-in levels (low, medium and high), which means tournament buy-ins range from $5.50 to $21,000, essentially transforming 35 events into 135 tournaments.

SCOOP’S structure throws up three Player of the Year leader boards, in the low, medium and high categories, as well as the overall best player. The first three winners will receive a trophy and 2015 PCA package, with the overall winner getting a Trophy and an EPT Grand Final 2015 package. There will also be special prizes for the first 250 places on the Low Leader Board, the first 50 in the Medium, and the first ten in the High.

Last year’s SCOOP Leader Board High winner was George Danzer, who said: “SCOOP is such a great series because the three-tier buy-in championship gives players of all levels the chance to take part in such a prestigious series. This year I’ll be aiming to go one better and finish top of the Overall Leader Board and add to my collection of three SCOOP bracelets.”

Online satellites are running at PokerStars.com with buy-ins starting at just $1. Come back soon, America, we miss you!

Looking forward to some of these events that fall on the weekends.