More than 700 players made it through Day One of the $25,000 PokerStars Players Championship. But only 215 of them survived Monday’s session. And with the money bubble approaching, the pressure will be on Tuesday as the chase for life-changing money kicks into high gear. 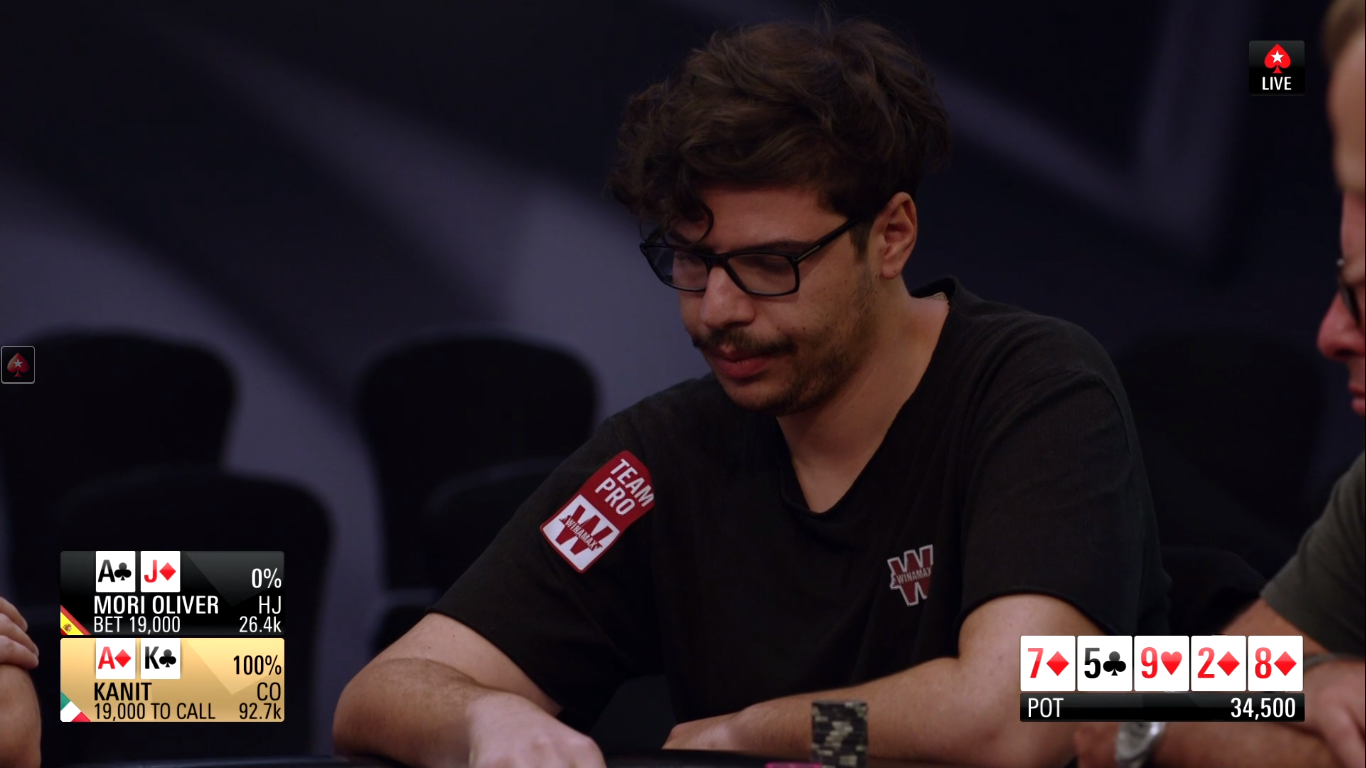 Mustapha Kanit advanced past Day Two in the PokerStars Players Championship with one of the top stacks as he chases the $5.1 million prize. (Image: Twitch)

The winner, which will be crowned on Thursday, is set to receive $5.1 million. That’s $4.1 million from the prize pool and also another $1 million added by PokerStars. Each of the six final table participants will earn a seven-figure payday.

But before we get to that point, we still have some business to settle. Another 30 players must bust before anyone can celebrate. That should happen early on Tuesday.

Many big name players and poker personalities bit the dust while a former world champion and other talented pros are still alive.

Phil Hellmuth didn’t arrive until the final session on Day One. On Monday, he was again late to take his seat. He won’t have to worry about getting out of bed on time on Tuesday.

The Poker Brat can go ahead and sleep in again as he was eliminated early on Day Two after losing a race. But the Twitch viewers made sure to let him know through the online chat what a fish he is for arriving late when he only began the session with 24 big blinds. Hellmuth, considering he holds the WSOP bracelet record (15), probably knows what he’s doing, however, even though he didn’t run deep in this event.

Hellmuth wasn’t the only familiar face getting felted on Day Two. Chris Moneymaker, Joey Ingram, UFC announcer Bruce Buffer, and Jason Somerville were among the 500 casualties.

Dream Still Alive for Some

While we had to say goodbye to some skilled pros, a number of talented players will come back for Day Three (noon ET Tuesday). That includes CardsChat’s very own Jacki Burkhart whose 285,000-chip stack is right about average.

All those players will be chasing chip leader Farid Jattin who bagged 921,000. Alexandre De Zutter (700,000) has the largest stack among remaining Platinum Pass winners.

Once the bubble hits, and it should within a couple of levels on Tuesday, each of the final 185 players will be guaranteed at least $25,450.

For me, the favorite in this tournament is Mikita Badziakouski, his game is simply phenomenal.

Rooting for Jacki Burkhart as we all should be 🙂