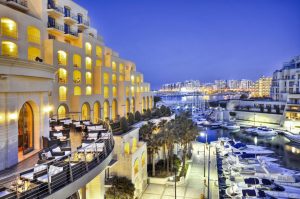 Malta will be the lovely locale for a PokerStars upcoming event. The company announced that the Portomaso Casino at the St. Julian resort in Malta will, for the first time ever, host a European Poker Tour (EPT) tour stop from March 18-28 next year. The date coincides with the 14th annual Global Poker Index (GPI) European Poker Awards which will start on March 25.

The announcement from PokerStars reveals the final venue for Season 11 of the EPT and also joins forces with the regional Italian Poker Tour (IPT) during the 11-day festival, which will culminate in a €5,300 ($6,700 USD) EPT Main Event.

While the Mediterranean island of Malta is well-known in the poker industry for being home to some of the biggest gaming companies in the world, it has never played host for a major live poker tournament. That will change during the EPT Season 11 stop at the popular tourist resort of St. Julian’s, which will feature between 40 and 45 events.

The tour stop in Malta will conclude with the €5,300 ($6,700 USD) EPT Main Event as well as the €1,100 ($1,388 USD) IPT Main Event. EPT-sponsored cash games will also be available to players throughout the tournament series, including No-Limit Hold’em, Pot Limit Omaha, and Open Face Chinese Poker games. Malta now stands as the 22nd unique destination for the EPT since the tour began 10 years ago.

Edgar Stuchly, EPT President said: “After discussions with players and fellow colleagues, we decided it was time to add a fresh and exciting stop to the EPT schedule. Malta is a great destination for an EPT and we expect strong participation numbers. With excellent connections to all major European cities, a warm Mediterranean climate, delicious local cuisine and lots of great tourist activities, Malta is the perfect place for players to come with their friends and family next spring.”

The 14th edition of the Global Poker Index (GPI) European Poker Awards will take place during the EPT Malta event on March 25. Those involved with the GPI stated that Malta has historically been a hub for online gaming and poker for well over ten years. They feel that the EPT Malta is a perfect platform for the GPI European Poker Awards and will allow players and industry stakeholders to come together and celebrate the industry.

The tiny resort island sits approximately 50 miles south of Sicily and enjoys a comfortable, subtropical climate year-round. It has become a popular destination for the world’s best poker players and provides convenient airport links, euro-based currency, and has made English one of its official languages.

Hundreds of the world’s top poker players have relocated to the island to call it home, as have companies such as PokerStars.eu. Many have gone to Malta not just to enjoy the weather and up-scale living, but also to escape restrictive regulations in their home countries.

The St. Julian resort has modern tourist amenities, including the Portomaso Casino which will be the venue for the EPT event. Other gaming-related events have taken place there, including three Italian Poker Tour stops and PokerStars-sponsored Swedish and Finnish championships.

The resort, and Malta as a whole, is renowned as being a popular destination for poker players and celebrities alike.