PokerStars has partnered with the Seminole Hard Rock Hollywood, offering two $30,000 Platinum Passes to be given away in tournament promotions at the South Florida poker room. 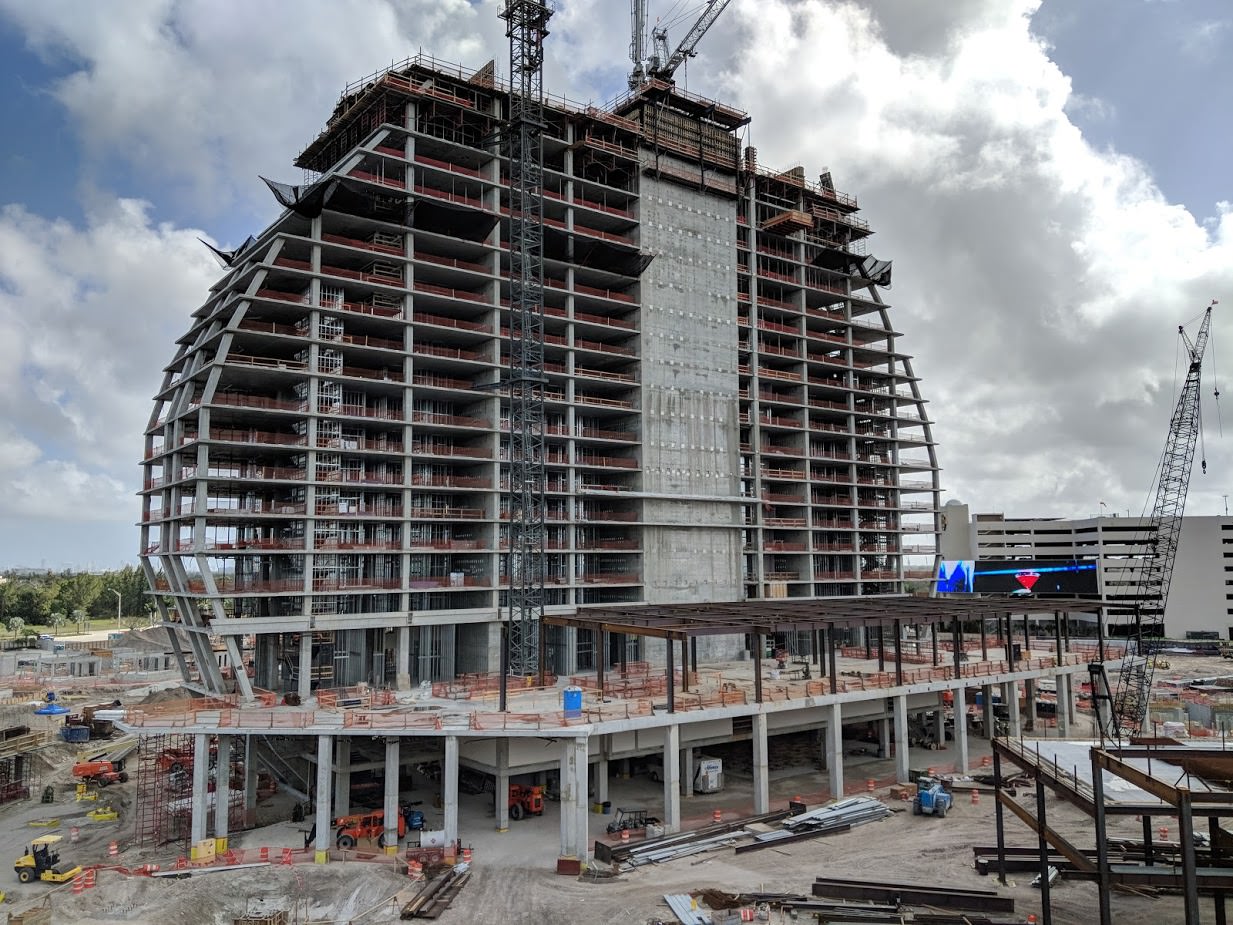 As construction continues on the Seminole Hard Rock Hotel and Casino in Hollywood, Florida, PokerStars is ready to plant its flag in the state starting with a special giveaway this August. (Image: thenextmiami.com)

The freeroll is open to players who log 100 hours at eligible jackpot tables between now and July 31.

A Platinum Pass consists of entry into the No Limit Hold’em PokerStars Players Championship (PSPC), held in the Bahamas in January 2019.

The first 235 players to meet the qualifying mark will be able to play for a share of the $65,000 prizepool on Aug. 1. The top 20 finishers will receive prizes ranging from satellite tickets to entry into the $5,250 SHRPO Championship event. The winner will also receive one of the Platinum Pass prize packages.

In addition to the freeroll winner, an additional Platinum Pass will be given to a qualifying player by random drawing. By taking part in at least one SHRPO tournament between Aug. 2 and Aug. 14, players will be put into the drawing.

This giveaway marks the second time PokerStars has given away a package to its premier event at a live tournament series in the United States, and suffests an effort to show itself as a good actor on American soil.

“We’ve partnered with the Seminole Hard Rock on charity events in the past, including last year’s Hurricane Irma Relief, and we’re proud to be working with them again,” Stars Group VP of Corporate Communications Eric Hollreiser said.

Hollreiser noted that The Bahamas is so close to Florida that it only made sense to offer this opportunity, and also assured American poker players that this wouldn’t be their last chance to win their way into the 2019 event. “Poker lovers who can’t make it this time don’t have to worry,” he said. “We have more routes coming up.”

For Seminole Hard Rock, the promotion is another chance to reaffirm its status as the leading poker venue in the state before its renovation project is complete.

The first images of the redevelopment emerged at the start of June thanks to local news station WPLG’s short video montage giving viewers a first look at the 450-foot guitar-shaped hotel tower reshaping the South Florida skyscape.

The $1.5 billion project will add 806 rooms to the current building as well as 60,000 square feet of retail space. For casino players, the upgraded resort will also feature more than 3,200 slots and a new 18,000-square-foot poker room.

Although the project isn’t due for completion until mid-2019, the Seminole tribe and those with a vested interest in the venue will be using the SHRPO to show it can host large poker events.