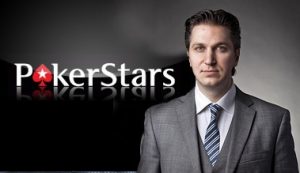 Amaya Gaming CEO David Baazov: “Out of our top five growth initiatives, the US is number four.” (Image: igamingplayer.com)

Following his company’s $4.9 billion takeover of PokerStars last month, Amaya Gaming CEO David Baazov now finds himself at the helm of the world’s largest online gambling company. With that in mind, Baazov has announced a possible second listing for Amaya on either the London or New York stock exchanges. The Canadian-based company is already listed on the Toronto Stock Exchange, where it has been trading for four years.

“There will be a dual listing,” Baazov confirmed to UK newspaper The Sunday Times recently, although he also said no decision had been made as to which city it is likely to be. Amaya shareholders would be voting on the finer points of the acquisition at the end of the month, he added.

PokerStars itself has always been a privately held company. There was talk of a flotation back in 2005, when its main rival Party Gaming went public on the London Stock Exchange, floating at a staggering £4.64 billion – at the time the biggest in London for five years. Party’s share prices rocketed so that the value of the company exceeded $12 billion within a month.

However, ultimately, it was bad timing. In 2006, Congress passed the Unlawful Internet Gambling Enforcement Act (UIGEA), which criminalized the act of “knowingly accepting payments in connection with the participation of another person in a bet or wager that involves the use of the Internet.” It threw the future of online poker in America into doubt. Party, conscious of its responsibilities towards its shareholders, immediately withdrew from the US market, as its stock plunged irrevocably. Within just 24 hours, the value of the company had decreased by 60 percent.

Ironically, it was PokerStars’ status as a private company that enabled it to make the decision to remain in the American market and thus overtake Party as the biggest online poker room in the world; a decision that, years later, would lead, in a tortuous fashion, to the Amaya acquisition.

On April 15th, 2011 – the day that will be forever known to US poker players as Black Friday – the US Department of Justice blocked the PokerStars website and issued indictments against its founders, Isai and Mark Scheinberg. PokerStars retreated from America, licking its wounds, but its determination to return to a future regulated US market was clear when the company paid the Department of Justice $731 million, which it hoped would absolve the Scheinbergs. It didn’t work that way, and, as state-by-state regulation began to be rolled out in America last year, the outstanding indictments meant PokerStars was frozen out of the picture.

US “Not a Driving Force”

With the Scheinbergs removed from the equation, thanks to the Amaya takeover, there are signs that the newly regulated markets are willing to work with PokerStars, most notably New Jersey, where regulators are already scrutinizing the firm’s eligibility for a license and have said they are “optimistic.”

Baazov was determined to play down PokerStars’ designs on the US to The Times, claiming they were not the driving force behind the acquisition: “Out of our top five growth initiatives, the US is number four,” he said. However, he must remember that Party IPO of 2005 and he must also be keenly aware that an Amaya flotation – with a PokerStars accepted by US regulators in tow – could go similarly stratospheric.