The PokerStars NJSCOOP (Spring Championship of Online Poker) series will have at least $1.2 million in prize pool money awarded. 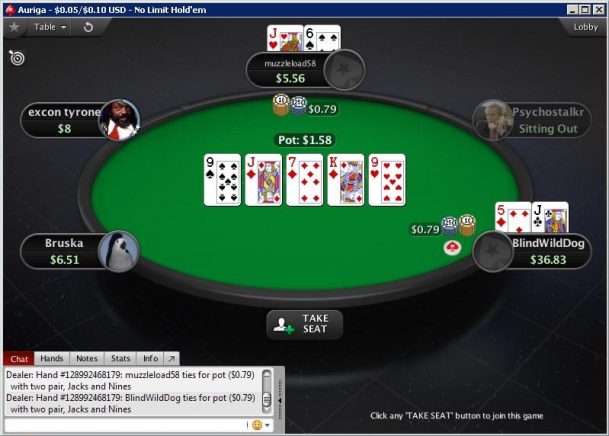 New Jersey online poker players have never competed in a poker series with so much cash on the line at a licensed poker site.

The event begins May 6 and runs until May 22. There will be 35 total events, with each tournament being separated by a high and low buy-in entry cost.

It will be the second annual series, which is a spinoff of the long-time popular SCOOP series on the PokerStars global website.

A Game for Everyone

As is the case with any poker series, the Main Event is the…main event. This two-day tournament kicks off May 21 at 5 pm. The buy-in is either $500 or $50. PokerStars NJ guarantees at least $200,000 in the pot for the high stakes players.

If the Main Event isn’t kind to you, there will be one final opportunity at a NJSCOOP title on May 22. The No-Limit Hold’em Deep Hyper Turbo event ($150/$20) concludes the 17-day series. Other tournaments likely to draw sizable fields include:

Could it Boost Revenue?

The March decline, on the surface, doesn’t seem so bad. But last year’s figures only include PokerStars revenue for a small portion of the month. The world’s most recognized online poker brand didn’t launch in New Jersey until late in March 2016.

With online poker coming off a rocky month in the Garden State, PokerStars is taking a gamble by guaranteeing $1.2 million in NJSCOOP prize money. On the other hand, hosting a series of this magnitude could help grow the state’s internet poker industry.

UGH!!! Lucky SOBs! I want to play. 🙁 Hopefully California will get off their ass and let PokerStars in SOOOOON.

Hopefully Pokerstars comes to the rest of the US soon. Tired of playing on crappy software (Not going to say the network’s name)