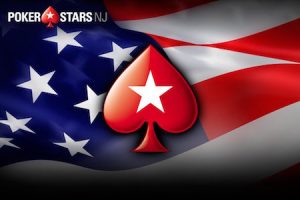 PokerStars New Jersey isn’t dominating the competition as much as some expected. (Image: pokerstars.com).

PokerStars New Jersey has officially wrapped up its first quarter, and the results are good and bad. The world’s most popular online poker site re-entered the United States market in late March for the first time since April 2011, but only in New Jersey.

Since then, the company has been an industry leader in the state. That’s a good thing from an Amaya perspective. But many expected other poker sites in the Garden state to suffer and PokerStars to gain a majority of the market share.

That hasn’t happened. Not even close. In fact, PokerStars barely holds a lead over Borgata/partypoker and WSOP/888poker in New Jersey.

Over the past three months, the New Jersey Division of Gaming Enforcement (DGE) reports PokerStars generated 39.5 percent of the industry’s market share, WSOP/888poker brought in 30.6 percent, and Borgata/partypoker accounted for 29.9 percent of the market.

It’s unclear exactly why PokerStars isn’t crushing the competition like Jason Mercier did at the World Series of Poker this summer. But there may be a few reasons.

PokerStars is new to the New Jersey online poker market. Like any other industry, people are often loyal to a brand or business. That could explain why some poker players haven’t made the switch to PokerStars from more established New Jersey poker sites.

David Baazov, the former Amaya Inc. CEO, was recently accused of insider trading, leading to his demise within the company. The negative publicity may have had an impact on the poker site’s reputation in the state. No one knows for sure.

Many popular poker players have made the trek to New Jersey so they can compete in games on PokerStars. Some, including Jason Somerville and Chris Moneymaker, have streamed games live on Twitch.

The global PokerStars platform, despite seeing a recent decline in cash game traffic, is still crushing the market. PokerStars has more cash game players than its seven closest competitors combined.

There are over 16,000 cash game players at PokerStars, more than seven times the second ranked site, 888poker.

But that hasn’t stopped 888poker from putting up big bucks to attempt to compete with PokerStars. The company has hired familiar names such as Kara Scott and Joe McKeehen to represent its brand. It also became a major sponsor at the World Series of Poker last year.

888poker’s logos were slapped all over the Rio in Las Vegas this summer. Free massages were even provided to players during the Main Event on behalf of 888poker. But the poker site has a long way to go before catching up to PokerStars.

Are they coming to Nevada? If not Im going to Jersey

Sir, I belong to Poker Stars out of Calif. When I sign on to play free I get the following pop up “Real Money Games in New Jersey and requesting that I download the software. I talked to my area Poker stars support
group and they say there is nothing that they can do to stop this advertisement from popping all the time.

Is this problem in your area or can you tell me how to stop this advertisement???