The circle of life at PokerStars has given birth to two new games, just two weeks after the decision was made to lay Power Up to rest.

As its done many times before, the operator is attempting to fuse modern trends with traditional formats. Although not always successful, this desire to innovate has resulted in two games that try to speak to both pros and casual players. 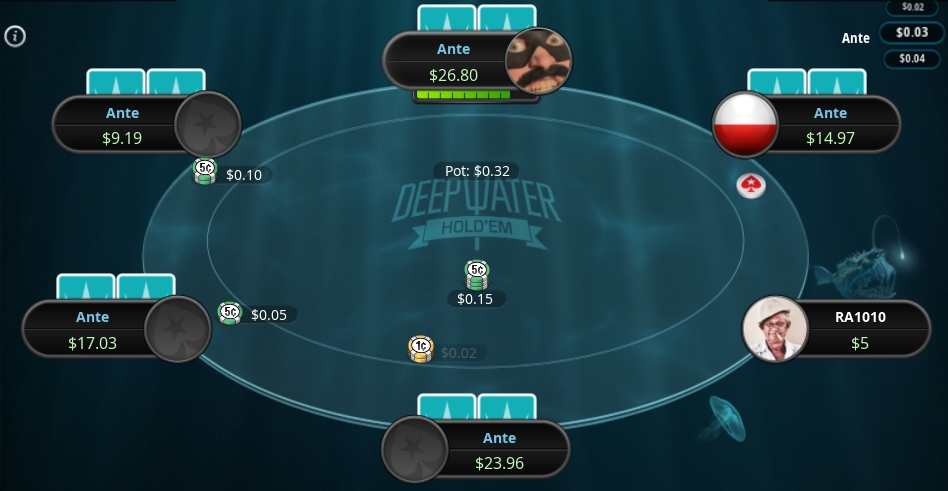 Deep Water Hold ’em is a cash-game variant that aims to up the ante. According to the rules, every player at the table posts an ante on each hand.

The value of these antes will be determined by the previous action. If the last hand played went to a showdown, the forced bets are reset to the table minimum.

If the previous hand didn’t go to showdown, the ante goes up by one unit.

Each table will have a maximum ante size that can’t be breached, and players will have to play a minimum number of hands before they can sit out.

Finally, the player to the left of the big blind will post a “giant blind,” which is double the big blind’s value. Once the antes have been posted, the action plays out like a regular Hold ’em hand.

Tempest Hold ’em features the same blinds and ante structure. The crucial difference between the games is that Tempest players either have to go all-in or fold pre-flop.

Pots are capped, so no player can bet more than 10 giant blinds per hand. Like Deep Water, standard Hold ’em hand rankings apply.

PokerStars’ intention with both games appears to be generating action. Much like Short Deck Hold ’em was designed to induce more bets, Deep Water and Tempest encourage players to be active.

By rewarding showdowns (i.e., by resetting the ante), players have more incentive to stay active in pot. In addition, the forced antes and extra blind mean there’s more money to play for at the start of each hand.

Swimming Back to Charted Waters 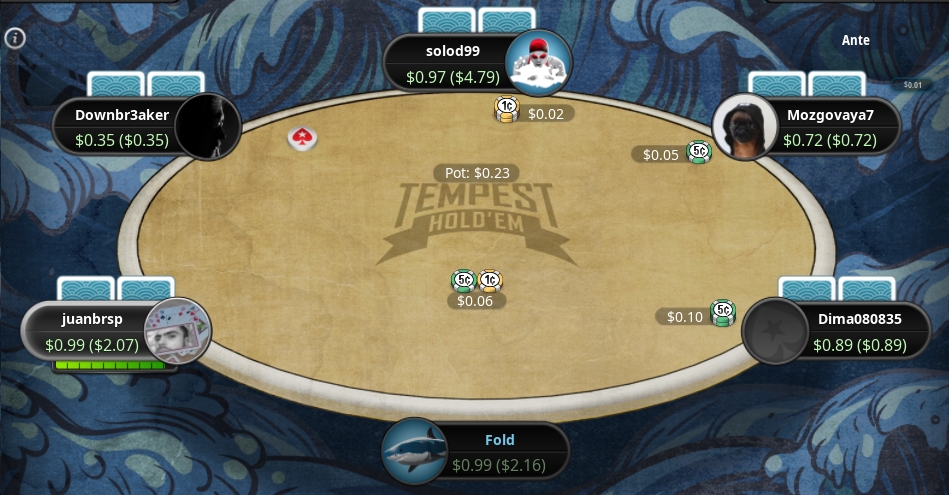 Reacting to the news, some players have suggested the new variants are a rake trap. In standard Hold ’em games, hands that don’t reach the flop aren’t raked.

In Deep Water, there is an obvious push to create post-flop action. The counter, however, is that the games may appeal to recreational players and, in turn, result in bigger pots.

A number of recent innovations, both from PokerStars and from other operators, have been described as rake traps. Some of these accusations aren’t without merit.

Online poker is a business, however, and sites like PokerStars are profit-making ventures. Perhaps the wider issue at play here is table dynamics.

As online poker has evolved, cash games have become tighter. As novices have drifted away, regulars using poker solvers and tracking software have changed the landscape.

During online poker’s heyday, table stats such as pre-flop raising percentages could vary wildly. Deep Water and Tempest Hold ’em appear to be pushing the game back toward those dynamics.

While we may never return to the loosey-goosey games of old, many believe the deadlock needs to be broken.

The latest games from PokerStars may not be the answer, but they are another step toward an online ecosystem that suits every type of player.

Even if these games sink without trace, a trend has been set. For all operators, loosening things up and generating more action seems to the be goal, and that means we may see a host of similar innovations in 2020 and beyond.

What is the point of creating such “temporary” games, knowing in advance that they will not take root? It would be better to add Chinese poker (“Pineapple” for example)

Maybe its a way of testing things, that could eventually be incorporated in the regular games? Like in this case a 3 blind structure, which as far as I know is completely new to online games.