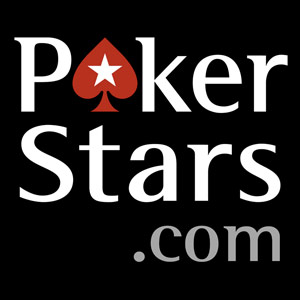 PokerStars has confirmed that it will begin to take a harsh stance on those found cheating at its online poker site or at Full Tilt Poker, violations which will result in bans from live tournaments.

The move from PokerStars is relatively unprecedented in the poker industry, as there has been no cohesive entity that sets rules for poker. Though many organizations have tried, there is no ruling body for online and live poker. While the Rational Group doesn’t look to become the poker police, the coordination of blacklists from its online to live events is a step in the direction of uniformity.

The Message as It Stands

Michael Josem of the PokerStars Communications Team took to a popular poker forum to post the message late last week. It read:

PokerStars and the European Poker Tour agree with the general principle that we should use what we know about online activity to also enhance the integrity of our live events (and other online poker sites operated by different brands of the Rational Group).

Because of this belief, for some time now, we have banned certain players from our live events because of their actions online. Although we have not previously announced this in a public fashion, we have already enforced this policy in various cases. In those situations, we only notified the offenders who were being barred from our events.

However, we are now able to publicise that we already do this, and further, in coming weeks, will be making a more comprehensive explanation of what we do, how we do it, and why we do it. This information will be published online at www.EuropeanPokerTour.com and the various other tour sites as appropriate.

In addition, PokerStars and Full Tilt Poker do take appropriate action against operators of accounts across both sites: for example, a player who is barred for collusion from PokerStars will also typically be barred from Full Tilt Poker, and vice versa.

We do not envisage being able to answer more detailed questions about this until the full documentation is uploaded to our websites in coming weeks.

As stated, the policy has been in place for some time, but it is being made public in order to set a precedent and warn players that their rule infractions can have wide-ranging consequences.

It’s no surprise that players demand higher standards in the poker industry. And as more countries look to formally legalize and regulate online poker, the importance of having strict rules and policies increases.

Everyone, from players to legislators, needs to know that the game of poker has integrity. Without a regulatory body to oversee the entire industry, those with set standards that are publicized and enforced are going to garner more of a reputation as leaders. PokerStars is already the largest online poker company in the world, and the implementation of formal rules regarding the act of cheating and the official consequences will only garner more respect for the company.

Past incidences of cheating with regard to online poker have resulted in players turning to live poker tournaments and cash games to make a living. The move by PokerStars is an effort to protect the integrity of the game as a whole, not just online.