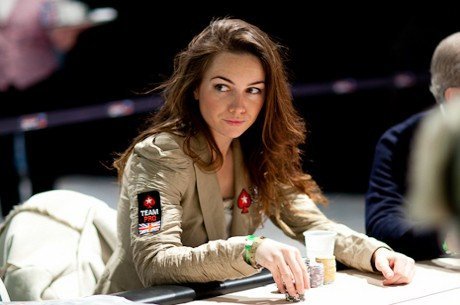 Liv Boeree will be among the PokerStars pros taking part in the “Let California Play” Pro Tour, visiting card clubs and casinos across the Golden State this summer o promote iPoker. (Image: uk.pokernews.com)

PokerStars’ California charm offensive will get on the road next week, when the “Let California Play” Pro Tour hits San Diego’s Palomar Card Club on July 17.

While the legislative process to regulate online poker in the Golden State appears to have ground to a halt due to the stalemate that exists between its various stakeholders, PokerStars is taking the battle to the people.

And that mission will be spearheaded via a series of tournaments, demos, and meet and greets at California’s various and sundry poker venues.

The online poker giant announced this week that the Pro Tour would take in eight stops in its first month, during which a roster of Team Poker Stars pros will educate the public on the importance of poker regulation.

Jason Somerville, Liv Boeree, Daniel Negreanu, Chris Moneymaker and Vanessa Selbst will be offering their insights on the subject, explaining the technology involved and the safeguards in place, as well as taking part in a series of charity tournaments at local venues.

“Poker players can play an important role in shaping the debate around iPoker in California so we’re looking to spark conversations in poker rooms up and down the state,” said PokerStars’ Head of Corporate Communications Eric Hollreiser.

“It’s really important for poker players to make their voices heard among the decision makers in California and tell them ‘Let California Play’,” Negreanu added.

It’s an ambitious schedule, too. The day after the kick-off San Diego event, the California tour will head to the Lake Elsinore Casino, followed the next day by a stop at the Seven Mile Casino in Chula Vista. Five more stops are planned over the ensuing three weeks, and a new schedule with further stops will be forthcoming shortly.

Along the way, PokerStars will be collecting signatures in support of its “Californians for Responsible iPoker” advocacy group, the public relations face of the pro-PokerStars coalition in California.

The coalition comprises the Morongo and San Miguel Band of Mission Indians, as well as the state’s biggest card clubs: the Commerce, the Bike, and the Hawaiian Gardens. Together, they have a commercial agreement to provide online poker with PokerStars should California eventually opt to regulate.

An opposing coalition, formed of seven antagonistic tribal gaming operators, wants to see PokerStars, as a one-time “bad actor,” shut out of the California market completely. It is also against the participation of California’s racetracks in a regulated market.

Naturally, the PokerStars coalition is preaching a policy of inclusivity and an open market. The coalition has initiated a radio ad campaign in the Golden State urging residents to embrace online poker regulation.

Very interested. Is their a link to the stops they are making?