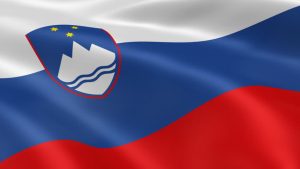 PokerStars’ departure from Slovenia came without ceremony today, but the online poker giant said it would apply for a license within the country once its new regulations come into force. (Image: shutterstock.com)

PokerStars and its sister company Full Tilt withdrew its services to the Slovenian market today (July 4). The move came suddenly and with little ceremony. As has been the case with all its market exits over the past couple of years, players were notified just days in advance via email.

An email received by Slovenian players over the weekend and later posted on the 2+2 forums stated:

“Our management team regularly review our operations market-by-market to assess commercial opportunities and business risks for our brands. Following a recent review, we have decided to stop offering real money games to players who are physically located in, or have a registered address in, Slovenia from 4 July, 2016. Player balances remain safe and secure, and players are able to withdraw their real money balances at their convenience.”

Israel, Slovenia, Where Next?

Last week, PokerStars announced it would be quitting the Israeli market, a move thought to be a response to recent increased pressure from the country’s banking regulator on its financial institutions, demanding they stop processing online gambling transactions.

Unlike Israel, where most forms of gambling are illegal although there is not yet a law that prohibits online gambling specifically, Slovenia has recently drawn up its own online gambling regulations, which were ratified recently by the European Union.

Formerly part of Yugoslavia sharing a border with Italy to the west, the small country of just over two million inhabitants, is hoping to have its new regulations in force by the end of the year. After that, the licensing process can begin, and it looks like PokerStars will be in the line.

“We hope that we will be able to return to the market in due course, and will continue to support the implementation of fair and consistent regulation that serves the needs of all stakeholders and includes a strong commitment to consumer protection, particularly of vulnerable people, in Slovenia,” read the email from PokerStars.

“There is already a successful framework for such regulation in Europe and PokerStars is currently licensed in 12 EU countries. We hope to apply for a license in Slovenia when it is possible.”

Gray is the New Black

The new regulations in Slovenia would mean PokerStars’ continued engagement with residents would render it a black market operator rather than just a gray market operator, a label it is anxious to avoid for fear of violating its licensing agreement with other jurisdictions, including New Jersey. PokerStars is in a similar position in newly regulated Portugal, where it is waiting on its license application.

Despite rumors on the forums this week that it was also due to pull out of the Czech Republic and Poland imminently, PokerStars emphasized it has “no further plans to withdraw services from any other regions in the foreseeable future.”

I believe that Mr David Baazov is a coward. First he did withdraw from Gray Market (30 country) including Iran, Turkey, Malaysia!! and then some other country and now Slovenia. I think in 2017 Pokerstars would be prohibited in half of the world by him!!
The founders ( Isai Scheinberg and Mark Scheinberg) were really better and smarter than Mr Baazov.