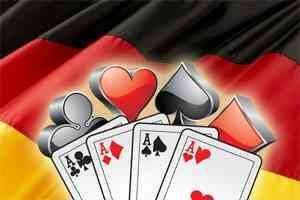 PokerStars is the newest member of the German Association of Telecommunications and Media (DVTM), an association seeking to amend the country’s current interstate treaty that bans all forms of online gambling.

At the DVTM’s annual dinner in Munich, the industry group expressed its desire to repeal the chaotic and complex compact, citing its unpopularity and breach of European Union (EU) law.

PokerStars spokesman Eric Hollreiser said of the poker giant joining DVTM, “The legislative situation in Germany calls on industry to take action. The industry must work together to develop an effective impact…

The common goal is a consumer-oriented, legally compliant and EU compliant regulation of the German online gaming market.” PokerStars and DVTM articulated that they hope additional parties join their lobbying efforts to have the treaty eradicated or declared illegal.

Germany consists of 16 constituent states, all of which retain individual rights and powers under the federal parliament. On January 1st, 2008, the Interstate Treaty on Gambling was signed into law by all 16 states, banning all forms of online gambling with the exception of horse racing.

However, the European Commission later deemed the treaty to be in contradiction of EU law.

To satisfy the EU’s concerns, an updated treaty with a provision featuring 20 online sports betting licenses was added in 2012, though online gambling was still restricted.

The key development in 2012 was Schleswig-Holstein, the country’s most northern state, and its refusal to sign the reorganized agreement. Instead, the state formed its own legal framework for online cash gambling, and went ahead with issuing 64 casino and game licenses. From PokerStars and Full Tilt, to partypoker and 888poker, poker networks jumped at the chance to grab a piece of the bratwurst.

Less than a year later, a change of government in Schleswig-Holstein led to the state deciding to join the treaty, ending its approval of any new licenses, but honoring the six-year authorizations previously issued. This effectively meant online gambling was once again banned in all 16 states, yet more than five dozen operators held legal Internet gaming licenses.

The existence of two regulatory systems has caused great strain on players and businesses in understanding which law overrides the other. Germany’s Federal Court has delayed addressing the issue, ultimately leaving it up to the states.

Following years of the online poker ban going unchecked, a 25-year-old was declared guilty of “illicit online gambling” earlier this year. His punishment was the forfeiture of more than $75,000 in winnings, and a $2,500 fine. The news sent shockwaves through the industry, with several popular sites including Mansion and Playtech announcing their departure from Germany.

Similar to America, no two states are exactly the same in Germany. A host of issues go into the overall health of a government. Matters such as population, economics, geography, and leadership greatly affect each democracy.

The issues facing New Jersey greatly differ from the issues facing California. Likewise, the problems Berlin is encountering differ from those of Saarland, which is why a general umbrella law regarding online poker isn’t an appropriate course. Leaving the issue of Internet gaming up to individual states is a more fitting strategy.

Although the 64 online licenses granted by Schleswig-Holstein won’t expire until 2018, the market will be desolated long before then if action isn’t taken quickly. PokerStars is right in joining a coalition to bring change to a country so desperately seeking it. An unpopular interstate treaty shouldn’t prevent millions of enthusiastic poker fans from engaging in online play.

weird… if theres been a legality issue with germans playing online poker, why is there always one at my table. no matter when or where it is? lol