In the spirit of Christmas, PokerStars is making dreams come true. The world’s largest online poker site shipped $30,000 Platinum Passes to the upcoming PCA to Joe Ingram, Arlie Shaban, and a man who had already received a poker dream gift from his wife earlier in the day. 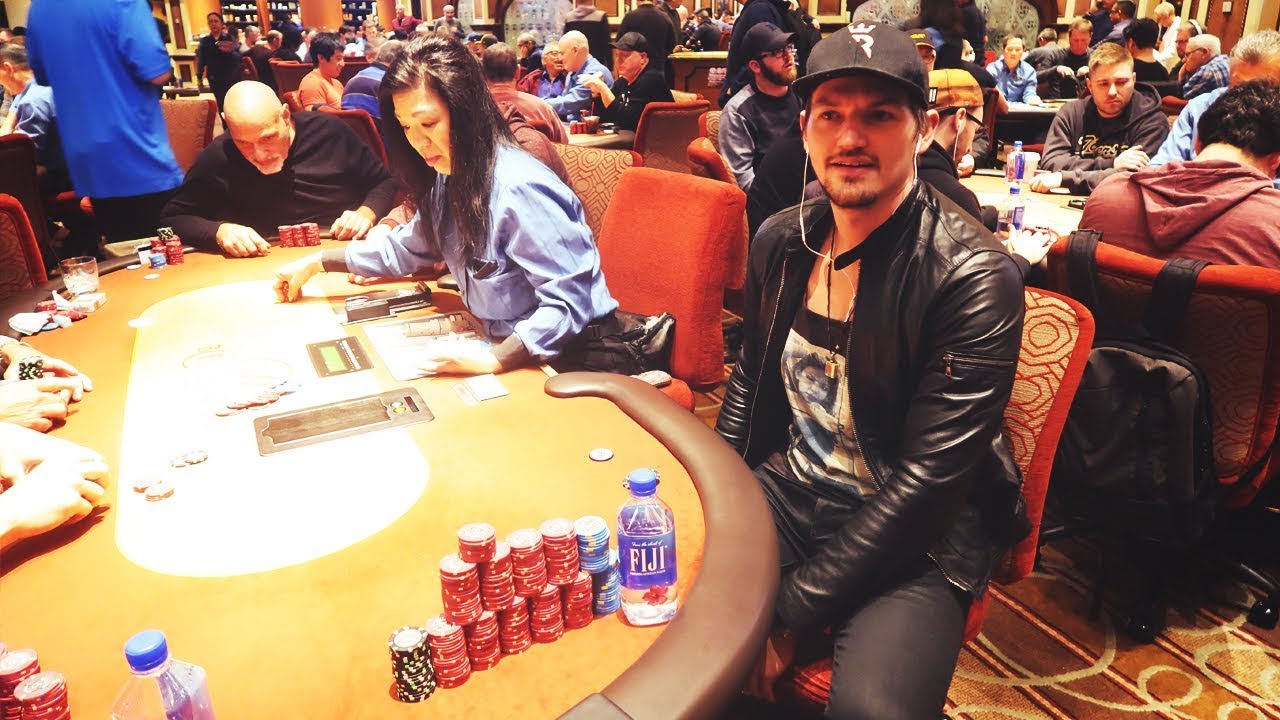 Joe Ingram received a gift-of-a-lifetime for Christmas from PokerStars: a $30,000 Platinum Pass to the 2019 PCA in the Bahamas. (Image: YouTube)

However, there’s always a Grinch on Poker Twitter looking to turn a positive into a negative. Ingram, who has been critical of the poker site in the past, took some heat from a small portion of his fans for accepting the gift. But he isn’t fazed by those who called him a “sellout.”

PokerStars has given out over 300 free Platinum Passes to lucky winners this year. Joey’s controversial decision helped two others also have a Christmas to remember.

When Your Dream Christmas Gets Even Better

Randi Hilsercop of Tennessee created what turned out to be a viral video of her husband, Jeremy, opening a Christmas present any poker player would love.

I bought my husband a trip to the WSOP in Vegas for Christmas this year. We’ve never been able to afford to go til this year. He was very surprised! @WSOP @RealKidPoker @phil_hellmuth @MagicAntonio @PhilLaak @PokerGO #poker #wsop pic.twitter.com/QTRHY4zNST

Jeremy, who works as a General Superintendent at Wood Group in Nashville, was gifted a trip to his first WSOP and will stay at the Rio in Las Vegas this summer. A present like that sure beats the clothes, video games, and toys most people received, at least for a poker player. But that was only the beginning of what turned out to be quite the merry Christmas.

Ingram made it even better. Arlie Shaban, who was required to conquer 12 “labors” for a Platinum Pass, needed Joey to accept PokerStars’ offer to finish off the challenge. The popular poker podcaster decided it was time to move all-in.

PokerStars snap-called that bet, responding with, “let’s make this a Christmas to remember for Jeremy and Arlie.” Ingram, Shaban, and Hilsercop will head to the Bahamas in January with $5,000 in travel cash each and $25,000 tickets into the $8 million guaranteed inaugural PokerStars Players Championship at the annual PCA.

Randi Hilsercop told CardsChat that her husband has been playing poker “since he was 12” but has “never really had the chance to play in any big games or tournaments.”

“He’s been able to play in smaller cash games, mostly 1/2 and 2/5 making some pretty decent gains but his family always comes first.” she said. “Every time we have some spare time and a babysitter, I will says ‘let’s go,’ and we are off to the nearest casino.”

Jeremy, with the Platinum Pass, now has an opportunity to finally play in a high-stakes event. And, who knows, maybe he’ll win enough to quit his job and support his family through poker.

Moneymaker to the Rescue

Getting to the Bahamas might be a slight issue for the Hilsercop’s. Jeremy doesn’t have a passport but he needs one expedited. The PSPC begins January 6 and it can take over a month for a US citizen to receive a passport. That’s the bad news. The good news is Chris Moneymaker is here to save the day.

Bad news for @Randi_heatlifer @jhilsercop who just won a platinum pass from @Joeingram1 they don’t have passports!!!!

Good news if someone can do the research on if it is feasibly possible for them to get the passport by Jan 5 I will pay the fees to get done for them. #holidays

Jay Farber, the 2013 WSOP Main Event runner-up, shared some more good news. He advised Moneymaker that a passport can be obtained “overnight” for a nominal fee.

Joe Ingram is learning that you just can’t win with everyone, especially not on Twitter. The “great game of pot-limit Omaha” promoter made some of his fans angry by even considering to accept a Platinum Pass. That’s because he’s been critical of the poker site in the past. And those fans see it as him “selling out.”

“Many of poker’s biggest names are sponsored by some poker site,” he told CardsChat. “And I don’t ever hear them being called sellouts.”

Ingram certainly has a trusted voice in poker. And he sees this as an opportunity to “establish some type of dialogue with PokerStars.” Instead of continuing to rant on YouTube and social media, he can now express his concerns directly to the poker site. And he also helped Shaban and Hilsercop enter the PSPC. So, even the haters must admit he’s doing some good.

“If you feel some type of way about what is happening in the poker world, make your voice known,” he said. Create videos, vlogs, blogs, etc. Get your voice out there instead of criticizing those who choose to do so.”

Don’t expect Ingram to change his ways. Just because he is competing in a PokerStars event doesn’t mean he’ll become a shill. He is simply doing what most would do: accepting a free $30,000 gift.

And he just might win a ton of money in the process. Well, if he can quickly learn how to crush the game he refers to as “two-card PLO” (no-limit hold’em).

Always looking podcasts with Joey’s guests. Also was looking PartyPoker millions where guy made the way from 5$ satellite to final table that was sick) Lets go guys, everyone can win and be lucky, just patience, work and you will be rewarded.

That’s my photo from our PLO live session!

Ha! I knew I recognized that pic from somewhere when I found it on Google images!