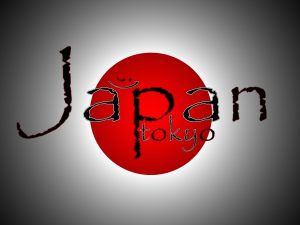 Throughout October, PokerStars will be running four daily freeroll tournaments exclusively for players in Japan. The online poker site may also be feeling out its audience there. (Image: belleducation.net)

PokerStars’ Japan Autumn Festival is a promotion, but also a bit of a toe in the water in the Japanese gambling market for the online poker site. Japanese players are being treated to a number of promotions throughout the month of October, and with deals exclusive to players in Japan, PokerStars is hoping to catch the interest of poker fans in the Asian island nation.

The popular online poker site often uses its status as the biggest online poker room in the world to offer vast numbers of promotions for its players. And because of that size, PokerStars also has the ability to reach out to markets in regions other rooms can’t or won’t. For players in Japan, the promotion should go over pretty well, as the Japan Autumn Festival will offer players in that country tremendous perks.

The Japan Autumn Festival promotion is offering four freerolls every day during October. PokerStars is offering over $8,000 in free prizes through the tournaments. A bulk of those prizes comes in the form of 2,220 tickets to PokerStars’ guaranteed tournaments. Each freeroll tournament awards over $60 in free tickets.

PokerStars says that the promotion’s freerolls are a great entry point for those new to poker.

“Japan Autumn Festival freerolls are the perfect excuse to stay indoors and away from the cold this October,” says PokerStars on the promotion’s page. The site emphasizes that playing during the freerolls is a fun method to secure a spot into a bigger tournament like the $20,000 guaranteed The Big $33.

How to Play (If You’re in Japan)

PokerStars is offering multiple ways to earn tickets for the daily freerolls for their Japanese players. Players who use the Star Code ‘AKISTAR’ will be awarded with five tickets to the Japan Autumn Festival. This method is open to all players and no deposit is required. Existing Real Money players can take advantage of the Reload Offer by using the code ‘AKIJAPAN.’ A required minimum reload deposit of $20 then grants unlimited entry to the freerolls with 120 tickets.

As a way to draw in potential newcomers, PokerStars also has the First Deposit Offer bonus. For players who have yet to make a PokerStars deposit, using the deposit code ‘AKI20’ and making a $20 minimum deposit nets unlimited entry into the Japan Autumn Festival freerolls, a free $20 playing credit and four tickets to $1.50 sit and go games.

Is Japan a Viable Market?

Earlier this month, when Amaya pulled PokerStars and Full Tilt Poker operations worldwide out of numerous primarily African and Middle Eastern so-called gray markets, Japan was not one of the 30 countries on the list. The company likely sees the over 127 million citizens and $4.9 trillion GDP as potentially profitable market. As evidenced by promotions like the Japan Nightly Freerolls earlier this year, PokerStars wants to offer deals to its Japanese players.

With the 2020 Tokyo Olympics less than six years off, new laws have allowed land-based casinos to be built. Despite the heavy crackdown on illegal gambling throughout the country, these new casinos are expected to draw in a surplus of cash due to the increased amount of tourists. If the casinos prove to be a good stream of revenue, it could mean better bills and regulations for the future of online gaming in Japan.

Recently, some doubt has been cast, however, on whether these casino projects can be built in time for the Tokyo Olympics, with issues such as the high cost of building in the capital city being cited as a primary concern, and some parliamentary legislators not embracing the Olympic deadline as a priority.

They need to start getting back on usa soil