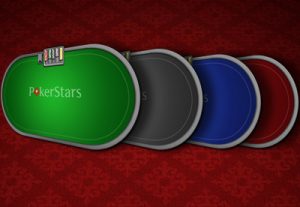 PokerStars global casino and sports betting options will be the latest offerings for the largest online poker brand on the planet.

The Amaya Gaming-owned operator announced Friday that it’s launching sports betting and casino table games around the world through its PokerStars.com domain. The company says blackjack and roulette will be the first offerings, and will roll out to customers in the coming weeks.

The Isle of Man company also announced it will add sports betting and additional casino games in 2015, with a full-fledged mobile and web casino slated to launch early next year.

In a press release, Head of Corporate Communications Eric Hollreiser explains, “We are taking the same principals, practices and integrity that make PokerStars such a successful and beloved brand and applying them to new verticals. These new products will also support the development of poker and grow the overall business.”

Over the last several weeks, PokerStars has been criticized for its rake increases and currency exchange fees, with many speculating the Amaya takeover has put customers’ best interests behind shareholders. By expanding its offerings to include casino table games and sports betting, PokerStars hopes to attract new audiences and reactivate inactive player accounts.

The company understands some players prefer to interact in only poker-specific environments, which is why the new global platform will allow users to disable and remove other games and opt out of non-poker promotions and marketing.

The move is a surprise to industry insiders, as it’s the first non-poker offering in the company’s 13-year history. Blackjack and roulette will debut on PokerStars.com, and expand on a market-by-market basis. Unique multiplayer games, social features, and innovative betting options will accompany the new casino as it’s expected to reach nearly half of PokerStars’ entire player base.

While the announcement that the largest poker room is navigating away from its predominant format, PokerStars has done its market research through its Spanish site.

PokerStars.es and sister site Full Tilt launched casino games earlier in 2014, and to date, it’s been an overwhelming success. According to data supplied by the company, 30 percent of poker customers are playing casino games monthly, and 50 percent of Full Tilt users say the site is the only casino they participate at online.

Hollreiser asserts, “We thoroughly researched the opportunity and spent a lot of time talking to players and analyzing the behavior of our customers on PokerStars.es and Full Tilt. Those launches have been successful in reactivating dormant customers and extending the value of our existing poker customers.”

Coming as soon as the end of November, blackjack and roulette are two table games that typically appeal to poker players.

With micro stakes as little as $0.10 and low blackjack margins, these games will provide PokerStars with a strong indication on whether users are accepting of casino gameplay from the poker giant.

“We are committed to extending our leadership in poker and will continue to serve the passionate online poker player, while expanding our reach into new audiences and new gaming opportunities,” Hollreiser explained.