PokerStars Gears Up for the European Poker Tour Season 13 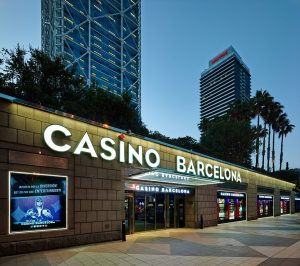 PokerStars’ European Poker Tour (EPT) is just about to crown the final champion of Season 12, but the organizers are already looking towards their next series of events.

Just as the EPT Grand Final in Monte Carlo is coming to a conclusion, PokerStars has announced the key dates for the 13th season of its ever-popular poker series.

Barcelona to Get the Party Started

Now known as the poker world’s richest tour, the EPT will kick off its new season in Barcelona before heading off to various locations around Europe and beyond throughout 2016 and 2017.

EPT Barcelona will take place between August 16 and August 28 and mark the tour’s thirteenth successive visit to the Spanish capital.

Season 12 saw the fourth partnership between the EPT and the Estrellas Poker Tour and by the time the Main Event’s registration desks closed a total of 1,694 entrance fees had been collected.

That time around John Juanda rolled back the clock to win $1,164,034 and prove that form is temporary but class is permanent.

In addition to announcing the kickoff dates for EPT Barcelona, PokerStars has also scheduled festivals in Malta and the Czech Republic. The latter is a traditional pre-Christmas stop in Prague for the EPT and this year the action will run from December 7 until December 18.

However, before the action in Prague gets underway, Malta’s Portomaso Casino will welcome the world’s top poker players from October 18.

The Mediterranean island joined the EPT roster for the first time in Season 11 and last year the Main Event saw Scotland’s Niall Farrell overcome 650 players to take the top spot and $588,592 in prize money.

In addition to lining the pockets of poker players, the EPT will once again be helping underprivileged children enhance their lives through sport.

Following a successful partnership with Right To Play during Season 12, PokerStars has extended the relationship into Season 13 and will once again host a series of €150 ($172) rebuy events to help raise funds for the charity.

Once the EPT’s Grand Final in Monte Carlo comes to a close, PokerStars will be releasing further details for Season 13, including when and where at least three more events will happen.

In 2015 and 2016 the tour set-up camp in the Bahamas (PokerStars Caribbean Adventure), Ireland and Monte Carlo, which means we’re likely to see dates for these destinations announced in the coming weeks.

Great watch live show..’Stapes’ cracks me up!!!
Has anyone heard about the lady who won ticket, played first day to 100,000 chip’s, and is now missing in Monaco??!! Very scary… Her gear is still in her hotel room.. Missing 2days now. Tina Anderson is her name. Tournament staff have now informed authorities. Finger’s cross she is OK…