The devastation left in the wake of Typhoon Haiyan in the Philippines has caused the philanthropic community to rise up for efforts to get aid to those in need. The poker community is no different and Rational Group, the organization that owns PokerStars and Full Tilt Poker, has stepped up by offering players a way to assist those in need. The official death count from Typhoon Haiyan as of Wednesday morning, according to CNN, was 2,275 people with over 80,000 homes destroyed. It is estimated that over 580,000 people are now homeless.

Currently live on PokerStars and soon to be seen on Full Tilt Poker, players can donate directly to the international relief efforts using funds in their poker accounts. At PokerStars, there are a couple of ways to make a donation. First, players can enter a “dummy tournament” that are not real tournaments, but shells used to collect buy-ins. There are no cards and no prizes awarded. Players just pick a dummy tournament, pay the entry fee, and their funds are put towards the relief effort. Another method is to go into the cashier at PokerStars and do a direct transfer to “Typhoon Fund” and all the money collected will go directly to the charities supporting relief efforts in the Philippines.

Another Way to Make a Donation

For those looking to make a donation but do not want to use the funds in their poker account, PokerStars has set up a “PokerStars Relief Page at CARE International” which is a worldwide organization that helps raise funds for international disaster relief efforts. Donations on this page can be made with a credit card. The relationship between PokerStars and CARE was created earlier this year and this marks the first time it has been live.

The online poker industry has a long history of raising funds for charity. Back in 2004, players raised over $185,000 to aid relief efforts for those affected by the tsunami that hit regions across the Indian Ocean. For good measure, PokerStars rounded up that number to $400,000. In 2005, PokerStars and players came together to raise more than $100,000 for the American Red Cross to aid victims of Hurricane Katrina. Other causes have included AIDS research, Darfur relief, and the 2008 Chinese earthquake.

Another notable charity organization is “Bad Beat on Cancer” which was founded by popular poker pro, Phil Gordon. The organization encourages poker players to donate one-percent of their tournament winnings to the “Prevent Cancer Foundation” for cancer aid and research. The most recent high profile charity tournament was the “Big One for One Drop” tournament at the 2012 World Series of Poker. Players bought into the event for a whopping $1 million, with $111,111 of that amount going to the One Drop charity, which brings clean, drinkable water to areas where it is needed most in the world. 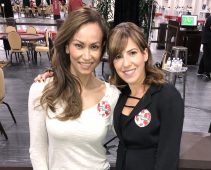 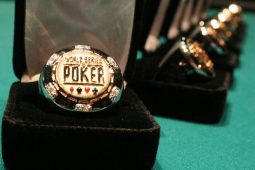