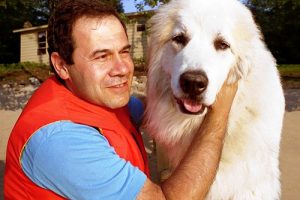 PokerStars founder Isai Scheinberg has kept a low profile since the Black Friday indictments, but came out of hiding to play and win a UKIPT High Roller tourney. (Image: assopoker.com)

Isai Scheinberg, the enigmatic and now billionaire founder of PokerStars, has won the High Roller Event at the UKIPT in the Isle of Man. Thanks to the $4.9 billion sale of ’Stars to Amaya Gaming, Scheinberg has plenty of time on his hands these days, not to mention billions of dollars burning a hole in his pocket.

The rich get richer, as they say, and what better place to do it than in Isle of Man at PokerStars’ grassroots UK and Ireland Poker Tour, which is just a stone’s throw from ’Stars’ HQ?

The Isle of Man leg of the tour has always been more about hospitality and celebrating PokerStars’ association with the windswept island in the Irish Sea than creating a high-profile, big-field event.

As such, the “high-roller” event was a £2,000 + £200 tournament with just 15 runners, but let’s not let that detract from Scheinberg’s moment of glory, as he outlasted the likes of Victoria Coren-Mitchell (who, incidentally, was multi-tabling the high-roller and the main event) and Mickey Peterson to take £13,850 home to his billionaire’s mansion.

As Adam Schwartz quipped on Twitter: “Congrats to Isai Scheinberg for winning #UKIPT high roller event. I heard it got him out of makeup.”

Scheinberg may be persona non grata in the US, where he still has an outstanding Black Friday indictment over his head, but he certainly seemed popular with PokerStars staff, who gleefully photobombed their former leader’s winner’s photo.

This is not the first time that Scheinberg has made a dent in the Hendon Mob database. Despite his natural reclusiveness, he finished eighth in a side event at the EPT Grand Final in 2008, and, way back in 1996, when PokerStars was but a twinkle in his eye and he was just some guy working for IBM in Toronto, he finished 25th in an event at the World Series of Poker.

Sheinberg’s win in the Isle of Man, however, was not widely reported by PokerStars’ own media people, and there’s no mention of it on the PokerStars blog, which is indicative of the former owner’s desire to maintain a low profile. Since the federal indictments of Black Friday, neither Scheinberg senior nor son Mark has issued a single public statement.

Meanwhile, the main event title went to the UK’s Josh Hart, who defeated Ciaran Heaney of Ireland heads-up for the title and £57,484. The next stop on the tour is London for the UKIPT Grand Final, held in conjunction with the EPT, which gets underway immediately, running from October 7 – 18.

I was thinking the same thing