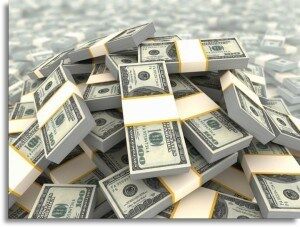 PokerStars’ Sunday Millions will turn nine-years-old on March 8 and to mark that occasion, the online operator will be taking the number nine and multiplying it by a million.

For a relatively meager $215, plucky poker players can ante-up and compete for a guaranteed prizepool of at least $9 million when the action gets underway on the second Sunday of March.

PokerStars Shooting for a Record

As ever there will be a slew of satellites on offer costing as little as $1 and, if everything goes to plan, PokerStars is hoping to attract more than 60,000 players. A turnout topping 60,000 would set a new record for the site’s flagship Sunday major.

As it stands, the richest Sunday Millions to date took place in 2011 when 59,128 grinders took part in the event’s fifth anniversary. That intake created a prizepool in excess of $11.8 million and by the time Luke ‘Bdbeatslayer’ Vrabel had cut a deal and collected every chip in play, he managed to log off with $670,000 and a Lamborghini Gallardo.

This time around the top prize will be at least $1 million; however, as yet, there’s been no word of whether the winner will also be handed a shiny new car with their winner’s check.

Although PokerStars is known for putting up impressive prizepools, the latest giveaway could certainly be seen the site’s way of winning back its loyal followers. Since Amaya Gaming took over in 2014, PokerStars has come under fire from a number of regulars regarding certain policy changes.

Although issues with rake and segregation have largely been out of the company’s control, the addition of casino games and the highly divisive Spin & Go tournaments has caused some player’s to question PokerStars’ intentions.

In fact, over the past 12 months the casual player has become more of a target for the industry’s major operators but many regulars feel this shift has come at their expense.

The issue has sparked a number of debates online which is why this latest attempt to offer a major prizepool can be seen as a move to satisfy established players. Not only that, but the decision to offer at least $10 million can also be seen as a reminder to other operators that PokerStars is still the dominant force in the industry.

Qualifiers for the event are currently underway and open to anyone with a valid PokerStars account.

But How Much Did You Lose?

Whoever wins the 9th anniversary Sunday Millions will undoubtedly take home a life-changing amount of money; however, depending on where you live, the cash you take home could vary considerably.

Because each country has its own tax laws regarding online poker, your geographical location will determine how much of the top prize you’ll have to give away.

To give an idea of how much of the $1 million top prize you’d actually pocket based on where you live, here’s a breakdown of the tax rates for four of the major poker playing countries across the world:

Germany: Traditionally poker player in Germany weren’t subject to tax on their winnings as the game was categorized as one of chance. However, ever since a court ruled that Eddy Scharf was liable for tax on his earnings, all players have been liable. Given that the top rate of tax in Germany is 45 percent, this would mean a $1 million prize would be cut to just $550,000 after the taxman had taken his cut.

Sweden: Although a grey area in terms of taxation, Swedish players are now finding their activities are falling under the gaze of the national tax authority. According to national laws, a Swede winning $1 million would be liable for the top rate of 56.6 percent tax which would mean $566,000 would be taken. Fortunately, there are ways to offset some of this, so the hit wouldn’t be quite as bad.

The US: Although US players won’t be able to fight for the $1 million top prize this year (hopefully this will change in the future), the average grinder scooping such a win haul would be liable for a 39.5 percent tax levy. That would mean a cool $395,000 would be scooped up by Uncle Sam before you’ve had time to sit down at the nosebleed cash tables.

The UK: Coming in at the top of the scale in terms of take home pay is the UK. Thanks to a liberal attitude to gambling, residents of the UK aren’t liable for tax on any of their poker winnings. That means you can ante-up, scoop the top prize and pocket a cool million just by virtue of being a British citizen.

Dear Lord Baby Jesus in Heaven, please bring back PokerStars to the U.S. Thanks.