When PokerStarsNJ teamed up with Resorts Casino Hotel in Atlantic City back in October 2015, the land-based gaming operator was thrilled to have the world’s largest online player as its partner. A year later, Resorts will be hosting PokerStars’ first land-based event that is part of its brand new Festival tour. 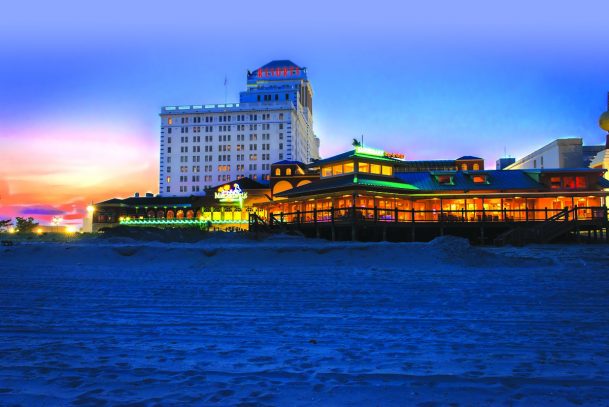 The online company will play host to a live festival featuring 50 events, with buy-ins ranging from $120 to $2,200: a nod to the current trend towards making poker accessible to the little man.

The festival will mark the start of a new era in the company’s live tournament exploits. Back in August, PokerStars announced that it would be pooling its various events into two main tours: PokerStars Championships and PokerStars Festivals.

High stakes events, such as the European Poker Tour (EPT,) will now be known as Championship events, while low stakes and regional tours will fall under the “Festival” umbrella. The idea behind the revamped system is to reflect the global expansion of the brand, as well as cater to players on both ends of the bankroll spectrum.

Instead of having dozens of separate tours scattered around the world with differing buy-ins and schedules, PokerStars has streamlined its service. It’s hoped the biggest beneficiaries of the new system will be casual players who can’t afford to participate in elite-level events, such as the EPT.

All Festival events will take place over the course of six or seven days. Between October 30 and November 6, travelling players will be able to participate in 50 events, as well as a selection of alternative activities.

This new push to offer more events to recreational players is something that’s become a common theme at PokerStars since Amaya took charge. With the poker market as a whole failing to achieve any significant growth in recent years, PokerStars has been working to pull in new demographics.

Deals with major sports stars, lottery-style games, and now a live tour that offers a professional-level experience at an affordable price are all ways the operator is trying to attract casual fans of the game. Not only that, but with PokerStars currently looking to assert its dominance in the New Jersey market, the live festival could translate into more sign-ups for its online venture.

Anyone wanting to take part in a PokerStars Festival event will have to register for a PSLive account. Doing this will help players with the registration process for each event, give them all of their tournament receipts, and access to new features as they become available. Therefore, players wanting to take part in PokerStars Festival New Jersey will have to get their PSLive card before the ante-up.

Good idea by PokerStars and will hopefully drive up the amount of casual players, plus it will give them the chance to improve their game.