PokerStars Exiles Sorel Mizzi Globally for VPN Use from America

Online giant PokerStars is still illegal for players in the United States outside of New Jersey. But wherever there’s a stop sign, you can be sure someone will find their way around it, which is exactly what high stakes pro Sorel Mizzi has been about of late. 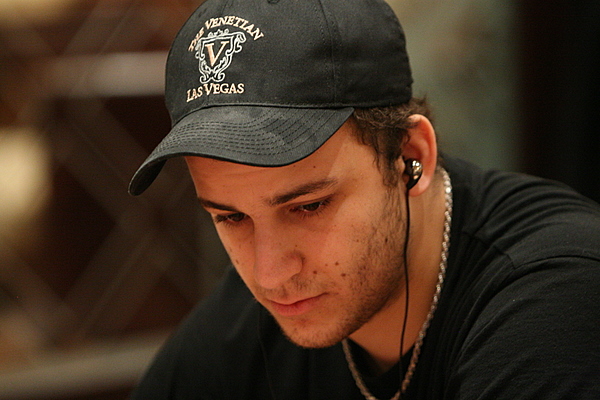 Sorel Mizzi has been banned from using PokerStars anywhere in the world, after being caught for allegedly using a VPN from the United States.  (Image: pokerlistings.com)

The Canadian often travels south to play in live poker games in the US, which means he isn’t supposed to be playing online on many of the sites he would have legitimate access to back home.

But apparently, Mizzi hasn’t been content with that reality. And he’s allegedly been using a Virtual Private Network (VPN) to play on PokerStars while in the US. The site, now squeaky clean when it comes to regulatory cooperation,  caught Mizzi in action doing this, and has now laid the ultimate punishment on the Canuck: banning him from using the world’s largest online poker site, even when he’s in legal territories.

In case you’re confused as to what a VPN is and how it works, we offer this simple explanation:

A VPN is a private network that extends across the internet. It allows users to send and receive data across a shared network as if their computers were connected to that network, while disgusing the users’ actual IP addresses, so it appears that users are somewhere else to anyone who might check on such things. Many VPNs allow users to select the city and country they want to look like they are situated in.

For poker players in the US, using a VPN allows them to spoof their location. So if Mizzi, for example, was playing on PokerStars in Las Vegas while using a VPN, the IP could show ‘Stars a foreign location that would appear to situate him somewhere that the site is legal. But apparently the long arm of the internet regulatory system caught him at this recently, although it’s unclear just how they did this.

The result? He won’t be able to play on PokerStars from anywhere going forward.

This isn’t the first time the Canadian has been tossed from an online poker site, either. In 2007, he was banned for life from Full Tilt Poker for taking over another player’s account late in a $1 million guaranteed tournament. FTP found out about it, exiled him, and shipped the prize money that was in his account back to the other player’s.

Should He Just Stick to Live Poker?

Sorel Mizzi has found himself in hot water multiple times online. The time may have come that he might want to consider giving up the internet poker thing and stick to live games.

His live tournament poker resume is quite impressive, after all. It includes more than $11 million in earnings, with his biggest payday coming in the 2013 Guangdong Asia Millions Main Event in Macau, where he took 3rd place for $2,073,868. And last month, Sorel finished 157th in the World Series of Poker Main Event for $49,108.

This guy has been known to do this and Poker Stars only bans him for 2 years. He has a history. Also Full Tilt & who knows what other site.

Why not Life time ban? How many times is he gonna be allowed to continue to do this before he is life time banned.

This is cheating, fraud etc etc. This guy has cheated players, fellow community players …People for their money and just brushes it off. Brags about how he has seen the world, yeah off honest people,players backs probabally. He thinks he can take over a players account after he pays him for it. First its fraud cause your not that guy. Misrepresentation of your identity. It wasn’t your account. Wonder how much he has cheated out of players who are honest .

What A douche bag!