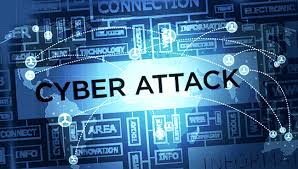 Europol has arrested members of DD4BC, a notorious group of DDoS attackers who recently targeted PokerStars and Neteller. (Image: freemalaysiatoday.com)

Members of the DDoS extortion group DD4BC arrested in the Balkans earlier this month are suspected of having launched an attack on gaming giant PokerStars last April.

Europol, the EU’s version of the FBI, announced that two unnamed individuals connected to the DD4BC collective (which stands for “DDoS for Bitcoin”) were apprehended in Bosnia and Herzegovena, with one of those arrested suspected of being the group’s ringleader.

In an email sent by the cyber crime syndicate last April to an unnamed online gambling company, which online site flushdraw’s Haley Hintz believes is very likely to be Betfair, the group makes reference to a concurrent attack on PokerStars and a previous one on Neteller.

“Hitting [PokerStars] at the moment,” states the email. “Good luck if you think you can stop what they can’t. But you still have time … Recently, we were DDoS-ing Neteller. You probably know it already. So, it’s your turn!

“Please note that it will not be easy to mitigate our attack, because our current UDP flood power is 400-500 Gbps, so don’t even bother,” it continues. “Right now we are running small demonstrative attack on your server.

“Don’t worry, it will stop in 1 hour. It’s just to prove that we are serious.”

DD4BC then demanded 20 Bitcoin, roughly worth around $5,000 at the time, to cease the attack.

Extortionists use DDoS (distributed denial of service) attacks to overload a website’s servers by plying them with hundreds or even thousands of simultaneous requests, rendering the site temporarily nonoperational.

By doing this, criminals can essentially force companies to pay ransom, with the promise that normal service will be resumed when the demand is paid.

While these attacks have been around since the very early days of online gaming, they have increased in recent years. A recent “State of the Internet” report by tech company Akamai noted that attacks rose by 180 percent in the third quarter of 2015 when measured against the previous year.

It also said that the online gambling sector is now by far the biggest target, accounting for some 50 percent of all attacks.

PokerStars was confirmed as a DD4BC victim last April by NetScout Systems security division, a firm that has assisted international authorities in identifying DDoS attackers. According to Netherlands-based Europol, “the action was initiated as part of a global law enforcement response against the criminal organization.

“Key members of the organized network were identified in Bosnia and Herzegovina by the UK Metropolitan Police Cyber Crime Unit (MPCCU) which provided vital information to the investigation. Police authorities from Australia, France, Japan, Romania, the USA, Switzerland and INTERPOL supported the coordinated activities.

“Operation Pleiades resulted in the arrest of a main target and one more suspect detained. Multiple property searches were carried out and an extensive amount of evidence was seized.”