PokerStars Could Be Excluded from California Online Poker Bill

PokerStars may be left in the dust if a California online poker bill passes, at least for its first five years. A last-minute adjustment to Assemblyman Adam Gray’s proposed bill AB 2863 to legalize and regulate online poker in the Golden State would make it impossible for PokerStars to operate in California right off the bat. 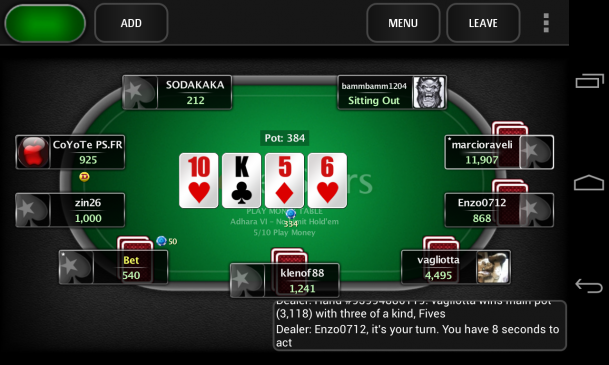 AB 2863’s amendment was made just days before Monday’s potential vote in the state Assembly. In the reconstructed bill, poker sites that operated in the United States while online poker was illegal would be excluded from doing business in California for five years.

Of course, that would eliminate PokerStars, a major player in the US prior to the April 2011 Department of Justice Black Friday crackdown. Leaving PokerStars, the world’s largest poker site, out of the biggest state in the US wouldn’t sit well with some poker players in California. And it might also limit the amount of revenue the state rakes in from the game, since PokerStars is such a recognizable and popular brand.

There is one other minor amendment proposed, although not important from a poker player’s perspective. Originally, the measure proposed a sliding scale of 8.64 percent to 15 percent of annual gross revenue to be paid in state taxes by poker site operators. Now, the offer is for a set 10 percent fee.

“This deal should secure a two-thirds vote in the Assembly,” Gray’s Chief of Staff Trent Hager told the Los Angeles Times in an email. “It will be fairly well received in the Senate.”

If the bill passes through the Assembly on Monday, and that’s assuming the vote takes place, the California State Senate will then have the next say. Only one more step, the governor’s approval, would be left should it pass the Senate.

How the Amendment Helps

PokerStars has fought hard, along with the Poker Players Alliance, to bring Internet poker to California. Entering this market would be profitable for Amaya Inc.’s business, of course. The five-year ban wouldn’t sit well with the company.

But the amendment could be the only way the bill is likely to pass in the near future, given all the stakeholder infighting. For poker players in the state, just being able to play poker online legally, on any site, would be welcomed at this point.

Potentially a dozen Native American tribes with political power in California have approved the amendments. Previously, many tribes had opposed the bill, because it allowed for sites such as PokerStars to apply for a license right away.

But Will it Pass?

The bill is unlikely to pass an Assembly vote without the approval of this large tribal coalition. On the flip side, PokerStars has powerful partners in its alliance as well, including some of the top card rooms in the state and its own tribal partners. That means even if the amendment appeases some powerful political influences, the PokerStars’ coalition could still impact the vote.

Amaya has already stated it opposes the amendments, for obvious reasons. It’s possible the bill will get through the Assembly by the end of next week. The poker world will be paying close attention. If it doesn’t pass through, it’s back to Square One . . . again.

Would be in favour of this happening.Pokerstars just doesn’t seem like real poker to me, given the big hands that occur on a regular basis given the odds against that happening.

I wanna see the new version before I make any comment.