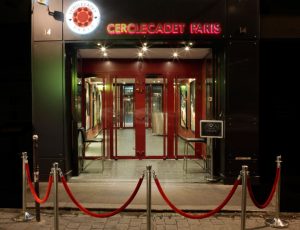 The Cercle Cadet poker club, now closed, in Paris. PokerStars had to cancel an event planned for the venue. (Image: blogs.lexpress.fr)

PokerStars shut down the Paris leg of the France Poker Series, due to the closure by French police of the prominent Cercle Cadet poker club. The club was stormed by police two weeks ago, following a 14-month investigation into alleged extortion, embezzlement, money laundering and criminal conspiracy.

Fourteen people were arrested, including a former police chief, as well as the club’s owner, Serge Kasparian. Cercle Cadet is the second Parisian poker club to be shuttered by authorities in just over a month, with a raid on the legendary Aviation Club de France (ACF) on September 16th causing shock waves throughout the EU poker community.

“Last week, we were notified that the Cercle Cadet had to close for an undetermined period of time,” said PokerStars in a statement to its players. “As we were not able to guarantee that the event could run to our high standards in another venue on the same dates, we are sorry to inform you that the event has been cancelled.”

The recent raids have reignited fears that Paris’ famous cercle des jeux (circle of games) may have once again become infiltrated by the Corsican Mafia, although the clubs themselves denounce the allegations as media hysteria.

The first cercles, which were originally set up as social gambling clubs, were established in 1907, when the government ruled that traditional casinos should be prohibited from operating within 62 miles of Paris. Following World War II, ownership of the cercles were granted to various Corsican groups as a reward for their courage and sacrifices on behalf of the French Resistance. Thus began a longstanding association between the clubs and the Corsican Mafia.

While there has been no evidence of Corsican Mafia involvement with the ACF or Cercle Cadet, the latters’ previous incarnation, the Concorde Club, was closed down in 2007 after it was found to have been laundering money for a Corsican gangster in Marseilles. Then, in 2011, three Parisian clubs were closed permanently for criminal activities, with one, Cercle Wagram, ruled to be a little more than a money-laundering operation for the Corsican Mafia outfit Gang de la Brise de Mer (the Seabreeze Gang).

Whatever the truth behind the recent closures, PokerStars, as it prepares to enter the US market, can ill afford to align its name with the merest whiff of criminal activity. However, the ACF, which has been accused of “facilitating black market employment” and “money laundering,” maintains that it is the victim of a political witch hunt and some politicians’ desire to establish a successful new casino in Paris.

“We are not the Wagram,” declared board member Patrick Navarro to Le Monde newspaper this week. “I have never known a place so well run as the ACF.”

Last week, 213 employees of the ACF, despairing of the lack of communication from authorities, demonstrated outside the premises holding signs that read: “Silence: The state has killed 213 jobs.”

While the French regulated online poker market, which is highly taxed and ring-fenced, remains in freefall and seems to have been written off by regulating body ARJEL, the latest developments in Paris represent another hammer blow for the beleaguered French poker scene.

“The current situation and the closure of some gambling rooms in Paris damages the players and the industry, and this is unfortunate,” said Cedric Billot of the France Poker Series. “We will propose some form of compensation to all the online qualifiers. We will also obviously help all the players who have qualified via live satellites.” 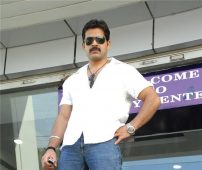