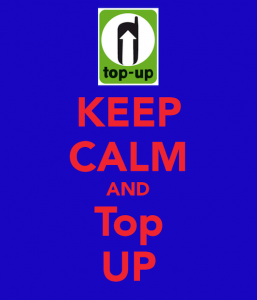 After player backlash and clarification from the UKGC, auto-top ups will be implemented on PokerStars’ UK client. (Image: pokerstrategy.com

PokerStars auto-rebuys will be available in the company’s new UK-only software client, after regulators clarified a stance regarding the popular feature.

For players who don’t understand the ins and outs of how gaming regulations and laws change, it’s important for sites and operators to provide an easy means to answer any questions that may be fielded. In an attempt make the experience simple and painless, PokerStars UK compiled a list of questions players might have and provided answers.

Though it was no fault of PokerStars, some of the changes weren’t met with enthusiasm. The operator suggested that migrating from the old client to the UK one only required a few steps.

The tax impact would reduce VIP rewards for PokerStars players, but few other big issues came about except, of course, that automatic rebuys, also known as auto top-ups, would no longer be available for UK players. Now after player backlash and clarification from the UK Gambling Commission, it looks like automatic rebuys are back in business.

“Gambling products must not actively encourage customers to chase their losses, increase their stake or increase the amount they have decided to gamble, or continue to gamble after they have indicated that they wish to stop,” stated RTS 14.

With that in mind, the UK Gambling Commission meant to provide “guidance” on how operators would implement these rulings. However, PokerStars and other sites misinterpreted the guidance as a rule, and decided against automatic rebuys for their UK poker clients.

Automatic for the Players

The UK Gambling Commission still maintains the standards and guidance previously set out, but now says automatic top-ups don’t have to be removed. As long as operators continue to use other methods to protect players, the feature can stay. A brief statement put out by PokerStars confirmed the news. PokerStars didn’t clarify if there would be any stipulations to the auto-rebuy process.

Before the issue was resolved, players decided to petition the UK Gambling Commission over the ruling. They felt that disabling the feature would put them at a disadvantage during rounds of play. Without the ability to ensure their stacks were at a specified minimum level, players would have to drastically alter their strategies in a less optimal manner. UK players would have a larger range of starting stacks, where players in other regions wouldn’t face the complication.

As fast as the UK Gaming Commission was on responding to the matter of automatic rebuys, it hasn’t prevented the 2014 Gambling Act from being delayed. Originally meant to be implemented on October 1, it will now go into effect on November 1. A challenge from the Gibraltar Betting and Gaming Association (GBGA) was the cause for the last-minute delay. The GBGA feels the Act is a “discriminatory interference with the right to free movement of services.”

Several operators and companies have already begun the transition to new UK servers. Others, however, are simply exiting the UK market. But it is expected that the judge will rule against GBGA’s challenge.