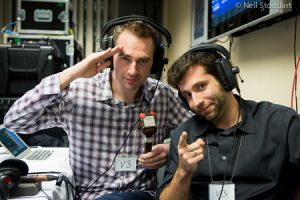 PokerStars is ready to host its 2014 World Championship of Online Poker in September. The WCOOP has long been the most popular online poker tournament series in the history of the game, and players anticipate the plethora of events, big guarantees, and variety of games for months in advance.

As the WCOOP Challenge just concluded last weekend with its warm-up tournaments, PokerStars made the official announcement for WCOOP, complete with final schedule and event guarantees.

The 2014 edition of WCOOP is set to begin on September 7 and run through September 28. There will be 66 online poker tournaments running over the course of the three weeks of action, and the cumulative prize pool for the entire series is $40 million.

Each day of the series will offer several tournaments. For example, the very first day will kick off with an 8:00 ET No Limit Hold’em tournament with a $109 buy-in and a $700K guarantee. Three hours later, there will be a $215 buy-in NLHE 6-Max event that will be the Sunday Warm-Up Special Edition with a $750K guarantee. And at 14:30 ET, the third tournament of the day will offer a $215 NLHE that will be the Sunday Million Special Edition but with a massive $1.5 million guaranteed prize pool.

Some of the games to be featured in the series will be Omaha and Hold’em variations, as well as Draw, Stud, Badugi, Triple Draw 2-7, Razz, HORSE, and 8-Game. There will be rebuy events, turbos, knockouts, and reentries.

One of the draws for players following along with the Main Event this year will be a broadcast on PokerStars.tv. The new addition to the WCOOP will offer commentary as the tournament plays on, though it will be on a 10-minute delay. James Hartigan and Joe Stapleton of the EPT Live broadcast team, will provide the commentary over the course of the two days of tournament action, and they will be joined by members of Team PokerStars, Team Online, and other special guests.

All players participating in the 2014 WCOOP will be ranked on the Player of the Series Leader Board, which will track each player’s progress throughout the series. The ultimate winner will receive a Champion’s trophy, 2015 PokerStars Caribbean Adventure prize package, 2015 European Poker Tour Grand Final prize package for Monte Carlo, and a 2015 Turbo Championship of Online Poker (TCOOP) Main Event ticket.

Satellites are already running for most of the tournaments, and players are already securing their seats for 2014 WCOOP events in the hopes of capturing part of $40 million and online poker history.