PokerStars, UFC Sponsorship Deal Brings Poker Site into Octagon … and back into Nevada

PokerStars is stepping into the octagon. Well, its logo will, as part of a sponsorship agreement between the poker site and the UFC, the world leader in combat sports, based in Las Vegas. 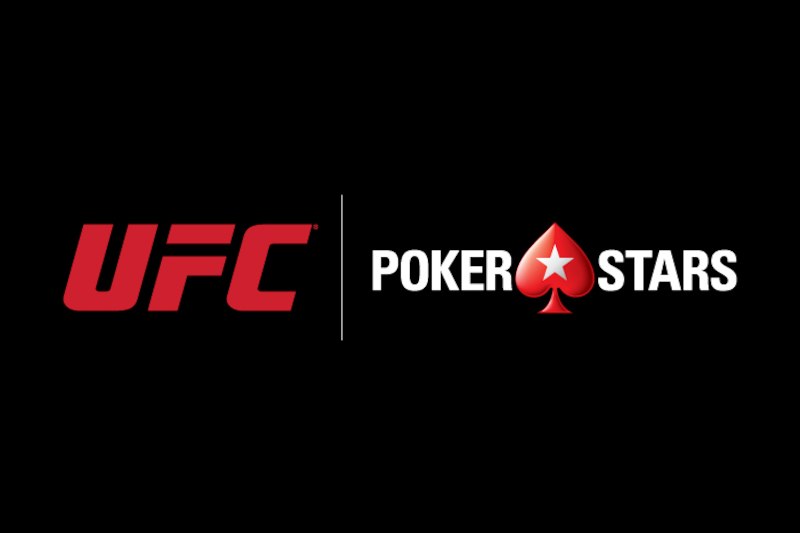 Odd pairing? PokerStars will plaster its logo all over the UFC octagon for upcoming fights beginning Dec. 29. (Image: pokerstars.com)

The advertising partnership begins Dec. 29 when light heavyweight Alexander Gustafsson seeks to avenge a 2013 loss against Jon “Bones” Jones at the T-Mobile Arena in Las Vegas, and televised on Pay-Per-View.

Jones, one of the most feared MMA fighters of all-time, has been sidelined since 2017 due to a failed drug test. He’s ready to get back into the octagon to reclaim his title against the underdog Gustafsson.

During that fight, and the preliminary matches, poker fans watching will notice a familiar logo. That logo, of course, is of the world’s largest poker site.

The Stars Group, which already has a sponsorship deal with the NBA, is looking to expand its main poker brand worldwide. And with 1.1 billion TV households in more than 160 countries watching the UFC each year, this partnership makes sense.

For PokerStars, it also marks a return to Nevada. While once a company that blanketed Las Vegas with their logo during the World Series of Poker, Stars has had little presence in the Silver State since Black Friday in 2011, even though online poker has been legal in Nevada since 2013.

A PokerStars logo will appear in the octagon during future fights beginning with that Dec. 29 title bout. This isn’t the first time the world’s largest poker site has dipped into the wide world of sports.

In the past, PokerStars signed world-class athletes to represent its brand. That includes soccer stars Ronaldo and Neymar Jr.

Many mixed martial artists also enjoy the game of poker. Legendary fighters Randy Couture and Chuck Liddell are no strangers to the felt.

The UFC was founded in 1993, but was originally deemed too violent and compared to cock-fighting. For that reason, the organization struggled financially as it couldn’t attract a large audience. But that all changed when Dana White took over as league president in 2001 and installed a marketing campaign that sold the fighters as skilled athletes instead of bloody, barbaric men bashing each others faces in.

Poker and MMA have more in common than you might think, according to Christopher Coyne, Chief Marketing Officer of Stars Interactive, a subsidiary of The Stars Group.

“UFC and PokerStars have a lot in common,” he said in a press release. “We want to thrill and entertain, both in our products and customer experience. UFC is the world’s leading MMA promoter with millions of fans and followers around the globe, while PokerStars is the heavyweight of online poker. It’s a classic combination.”

The purpose of advertising is to reach out to as many potential customers as possible. While not every UFC fan has an interest in poker, many poker players enjoy MMA. Seeing that PokerStars logo in the octagon will draw the attention of the poker community.

I cant watch UFC anymore ! its just one scandal after another : failed drug tests ; mouthy + disrespectful combatants ;’ athletes ‘ and their cohorts committing vandalism + assault and then going unpunished ; suspect belt matchups + judging ; etc etc . I thought martial arts was supposed to involve and teach calmness , control + discipline . I haven’t seen much evidence of that recently from the stars or top management !

Every day, UFC’s popularity is growing, it’s not surprising that PokerStars has become a sponsor