PokerStars and Caesars Partnering to Push for Online Poker in America 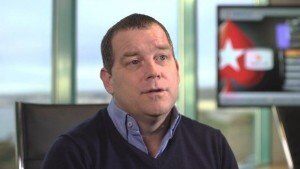 Amaya’s Eric Hollreiser confirmed that the company has enjoyed a good relationship with Caesars, making a partnership on the issue of online poker natural for both sides. (Image: crunchpoker.com)

Caesars Entertainment and PokerStars have announced that they will be working together to help promote online poker throughout the United States, a move that puts two of the largest companies in gaming on the same page in the online poker debate.

The announcement came just after Caesars noted that they were willing to let go of bad actor clauses in state level online poker legislation, such as in California, that would keep PokerStars out of those markets.

“We need to focus on where our opposition really lies, and clearly it’s not Amaya and PokerStars,” Caesars Executive Vice President of Governmental Relations Jan Jones Blackhurst said to Chris Krafcik of Gambling Compliance. “They are a strong ally in the space.”

Caesars has been a strong proponent of online poker and gambling throughout the United States. However, that support has sometimes come with reservations, particularly when it comes to who gets to take part in regulated markets. Caesars owns the World Series of Poker brand, and the company has been happy to see PokerStars out of markets such as New Jersey where WSOP.com has been one of the dominant brands.

But in recent days, Caesars officials began making statements suggesting they were fine with letting PokerStars and other companies back into American markets.

“We no longer are seeking a bad actor clause in any state,” said Jones Blackhurst. “With the purchase by Amaya, we believe PokerStars is cleansed of the taint and regulatory approval should be left to the regulators.”

At first, this appeared to simply be a nod towards compromise in California, where the varied gaming interests in the state have made it nearly impossible to build consensus behind a single online poker bill. But Monday’s statements from the two companies made it clear that the firms are willing to work together in order to secure online poker in the USA.

The sudden partnership between two brands that could be fierce rivals in the online poker industry likely has a lot to do with the new ownership at PokerStars, which was purchased by Amaya Gaming last summer.

“Amaya and Caesars have enjoyed a very good relationship and business partnership for a number of years. That has not changed since acquiring PokerStars,” Amaya’s Head of Corporate Communications, Eric Hollreiser, said to PokerNews. “As part of our ongoing conversations we will work closely with Caesars to promote the US online gaming industry and support responsible legislation at the state and federal levels.”

The partnership between these two gaming companies could yield benefits for fans of online poker at both the state and federal levels. In states that are considering Internet poker legislation, having two major players on the same page may make it much easier to craft legislation and improve lobbying efforts to pass such laws.

Meanwhile, the combined might of Amaya and Caesars may help blunt any momentum that anti-online gambling efforts may have in Congress. The Restoration of America’s Wire Act (RAWA), supported by Sands CEO Sheldon Adelson, has already been reintroduced in the House of Representatives and is expected to appear in the Senate sometime this year as well. Having powerful gaming interests in support of online poker should help bolster opposition to RAWA, even if federal online gaming regulation is still unlikely.