PokerStars ambassador and comedian Kevin Hart called the bluff of a woman allegedly extorting him for money over a short-lived affair, but not before he tipped his hand to his wife. Now the FBI is investigating whether the poker enthusiast and actor was being blackmailed when a video of him with another woman emerged online. 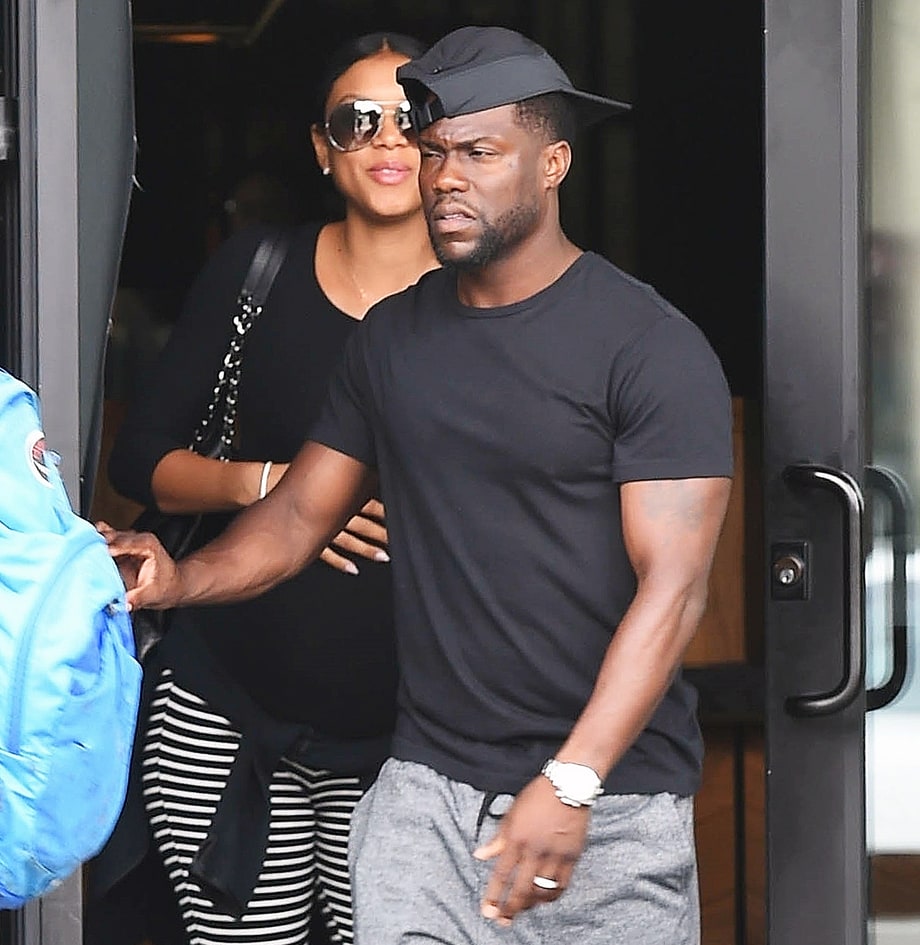 Kevin Hart and pregnant wife Eniko Parris seen in public after news about the comedians shenanigans in Las Vegas exploded on social media. (Image: Us Magazine)

Montia Sabagg, a 26-year-old resident of Long Beach, California, has denied any involvement in a criminal plot to extort money from the star of “Ride Along” and “Scary Movie III.”

Appearing with attorney Lisa Bloom by her side, Sabagg held a press conference Wednesday morning to assert that she had nothing to do with any video footage of the two engaged in sexual activity.

“I’m not an extortionist, I’m not a stripper,” Sabbag said. “I’m a recording artist and an actress and I’ve not broken any laws. I had nothing to do with these recordings.”

TMZ reported that Sabbag met Hart in August in the Marquis Nightclub at the Cosmopolitan of Las Vegas, and that the FBI was investigating a multi-million extortion attempt against actor related to a nearly 5-minute video.

Before retaining Bloom as an attorney, Sabbag had a previous lawyer who said her client would take a lie detector test if the actor paid her $420,000.

Hart responded to the revelations about his non-monogamous conduct almost immediately, recording a short video apologizing to his pregnant wife Eniko Parris and to his children from a previous marriage. The social media maven then took to Twitter to say he was sorry.

“I’m at a place in my life where I feel like I have a target on my back,” he said on Instagram video. “And because of that I should make smart decisions. And recently, I didn’t. You know, I’m not perfect. I’m not going to sit up here and say that I am or claim to be in any way shape or form.”

It is not the first time he has been caught in an extramarital affair. Hart’s ex-wife claimed he was cheating with Parris while they were married. Hart was unrepentant and actually joked about it in his stand up routine.

“Yes, people, I cheated. Am I ashamed of it? No, no I’m not,” he infamously said during “Kevin Hart: Let Me Explain.”

As for Involvement with PokerStars …

Hart, 38, signed an endorsement deal with PokerStars, the world’s leading online poker site, in April, and has made it his mission to “make poker fun again.”

Some of Hart’s antics at the table, however, were not displayed so positively by TMZ.com. The site showed PokerGO footage from the Super High Roller Bowl at the Aria in May, where the hyped-up comedian (wearing a PokerStars patch) faded seven outs on the river in a hand against Brian Rast, and celebrated by vigorously humping the table.

Hart is not the first major celebrity representing the poker company to face significant controversy. Brazilian soccer star Neymar has a partnership with PokerStars, despite being involved in a 2013 soccer corruption case, involving his transfer from Santos to Barcelona, that has prosecutors in Spain calling for a two-year prison sentence.

The case is ongoing, and has had no impact on the Stars’s willingness to stick by the athlete facing trouble.