PokerStars’ drive to attract more recreational players could be set to squeeze pros once again as the Toronto-based site plans to limit the number of satellite packages someone can win. 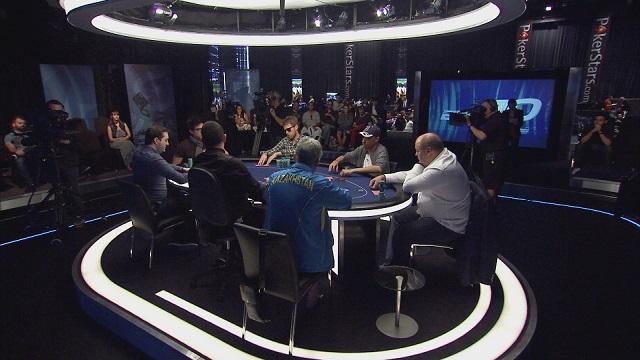 PokerStars regulars continue to feel the squeeze from the online site’s push for more recreational players, most recently with a restriction on winning multiple seats to live events. (Image: PokerStars.uk)

According to a recent blog post, PokerStars players will no longer be able to win multiple satellite packages for a single event.

Starting with qualifiers for the PokerStars Festival Dublin, which gets underway on Sept. 25, players will only be able to win one full travel package, and one seat.

The change means that those who previously used satellites to make extra money can no longer take advantage of what many seasoned players believed were softer tournaments.

Under the old system, a player could play a qualifying tournament and win a prize package worth, for example, $12,500 and lock up their seat at a live tournament. They then could continue to win additional satellites and sell those for an equivalent, or sometimes discounted, cash value.

Detailing the new policy on PokerStars’ blog, Poker Operations Manager Mike Jones recognized that some players may have an issue with the changes, but he insisted the move was necessary.

As part of Stars’ push to create a better experience for recreational players, Jones says the new system should provide more opportunities to qualify for a live event, which would be better long-term for the PokerStars player economy.

“We will continue to seek to keep our games fun, exciting, and engaging for all,” wrote Jones.

The move comes at a time when PokerStars has seen a dip in poker revenue. Outlined in the company’s H1 report for 2017, poker raked in 5.9 percent less in the first half of 2017 than it did the previous year.

Meanwhile, non-poker profits (from sports betting and casino games) increased by 50.2 percent to $89.6 million, results that seem reflective of a new focus for PokerStars’ attentions.

Many pros have become increasingly critical over the past couple years for what they see as a their formerly beloved site’s efforts to squeeze their profits. In 2016, PokerStars instituted a series of changes to the way players earn VIP rewards before eventually, in 2017, overhauling the entire loyalty bonus system.

Now known as Stars Rewards, the new VIP program allows players to earn points not just for poker but also for casino and sports betting activities. This shift, plus a general reduction in the monetary value of rewards players earned for site activity, hasn’t been received well by some high-volume pros.

For its part, PokerStars’ team acknowledges that some changes may frustrate old-school players. But, after analyzing the market, the company believes that sacrificing a bit at the top in order to create a more balanced ecosystem is the way to improve the industry, and its profits, as a whole.

Being a non professional I like the idea of this. It will actually help those who are very good amateur players. If they could afford to pay full price for a seat they would. Buying it from a pro makes no sense. The reason they have the satellites in the first place is for the ones that don’t already make a good bit of money playing poker.

I don’t think any pro’s have complained, the headline is misleading.