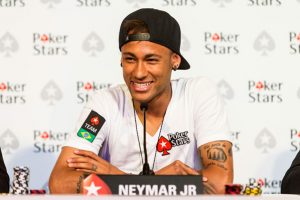 PokerStars’ push to make poker more entertaining and accessible to casual players has taken two steps forward thanks to a couple of recent moves.

In line with the industry at large, PokerStars has been gradually shifting its platform in recent months to ensure it’s more appealing to novices.

From the introduction of Spin & Go tournaments to the signing of soccer stars like Neymar Jr and Cristiano Ronaldo, the platform is now aimed at a more mainstream audience than it once was.

The latest move in the evolution of PokerStars occurred on July 15 and a software update that changed the rules of all-in showdowns.

The Big Reveal is More Fun

In a change to the usual dynamics, cash game players will now find that they can no longer choose whether or not to show their hands during an all-in situation involving two or more players.

Before the update, the default setting for cash games on PokerStars was to reveal the cards of the all-in players.

However, by going into their settings a player could turn of this option and opt to hide their cards as the board rolled out.

Since the latest software update, cash game players can no longer toggle this option and, instead, will have to watch as their hand is exposed during an all-in showdown.

Neymar Jr Challenging Players to Raise It Up

While PokerStars’ tech team has been making the game more accessible for newbies, the promo team has always been working on new ways to engage recreational players.

The latest PR stunt to harness the pulling poker of Neymar Jr is the #raiseit campaign. Using the familiar poker phrase “raise it,” the campaign sees Neymar Jr and Ronaldo Nazario vie for dominance in a game of “one-upmanship.”

The duels have been used as the basis for a series of videos that see the two soccer stars use everything from balls and toothbrushes to drones in the name of entertainment and competition.

So far, the videos have racked up 19 million views and with people being encouraged to use the #raiseit hashtag to challenge their friends, other sports stars have got involved.

In fact, the official Raise It page now shows the likes of golfer Sergio Garcia and recent WSOP Player of the Year Jason Mercier challenging people to “raise it to the next level.”

Using professional sports stars and social media to engage new fans is yet another attempt by PokerStars to make poker more appealing.

By moving away from faceless pros pouring over stats and winning millions at the click of a button, PokerStars is hoping to make poker a game that everyone can enjoy.

Indeed, the latest software update and social media campaign are a testament to this and, if they prove successful, they should prove to be positive for players of all skill levels.

I’m surprised Pokerstars allowed it in the past. I know Carbon Poker showed your hand and equity as soon as an allin was in process.