PokerStars’ Jackpot Poker has been tweaked and is now available on the Steam Network after users reported some initial problems with the free-to-play game. 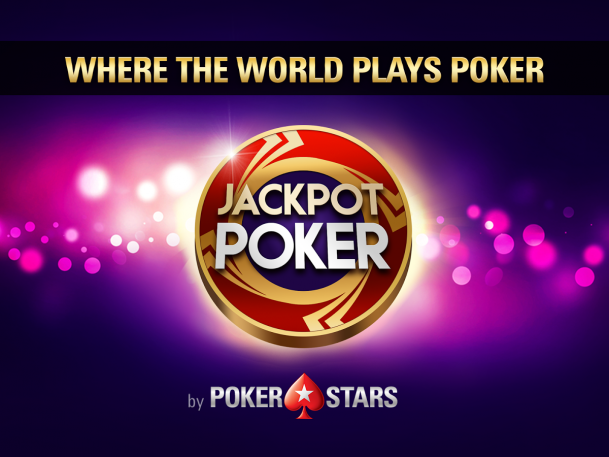 PokerStars finally fixes issues with Jackpot Poker as it aims to attract interest from players on the Steam Network. (Image: play.google.com)

When PokerStars first launched Jackpot Poker as a mobile app back in December 2015, the aim was to reach a new type of gamer. Taking elements of Spin & Go tournaments and fusing them with its existing Facebook app, the mobile version of Jackpot Poker was PokerStars’ first serious play for the social gaming market.

With social gaming worth an estimated $1.97 billion in the US alone in 2015 and analysts predicting revenue will increase to $2.4 billion by 2020, PokerStars has now taken its app online via the Steam Network.

Jackpot Poker originally went live on Steam on March 20, 2017, but since the release it’s had a number of technical issues. According to the game’s news and updates page, the developers took the game down on March 21 and the reinstated it on March 23.

Despite the upgrade, bugs and crashes persisted which led to the developer taking it down once again. Finally, on April 10, Jackpot Poker was re-uploaded with the message:

“We have pinpointed the issue and have fixed the problem. Thank you all for your patience, now you can start having fun again!”

At this stage, the game is still live, but so far it hasn’t been lavished with praise from members of the Steam community. Although the majority of reviews have been far from negative, the Steam rating system has classed Jackpot Poker as “mixed” thanks to 52 percent of its 59 users giving it a positive review.

Regardless of the early response from the gaming community, PokerStars Director of Social Gaming Lloyd Melnick said that being on Steam will give the company access to a “whole new audience.” This is certainly true when you consider that the network has over 125 million active users with a concurrent peak of 8.9 million.

While Jackpot Poker on Steam may not direct a huge amount of traffic towards PokerStars’ real money poker tables, it does show the company is still looking to innovate in this area. Indeed, Vice President of Corporate Communications, Eric Hollreiser, recently told Forbes that the company is looking to expand its sportsbook.

Despite admitting that it’s not a “truly competitive” sports betting platform right now, he did say it was part of PokerStars’ long-term goal to grow this area of the business.

This strategy has long been a concern for poker players, but the decision to offer a poker product on Steam is at least a sign that poker isn’t being completely shutout.

Well they have addressed some issues had it “fixed” a couple times but not for all facebook users are dealing with the no internet connection issue. All of our other games connect and function just not Jackpot Poker which is very disappointing to those of us who have came to enjoy Jack Pot Poker and who have spent money chip we can’t access.

Why cant i reinstall jackpot poker on my computer. What do i have to do to have it reinstalled . Thanks