It’s March madness for PokerStars players on both sides of the Atlantic as the online operator gets ready for another series of big-money events. 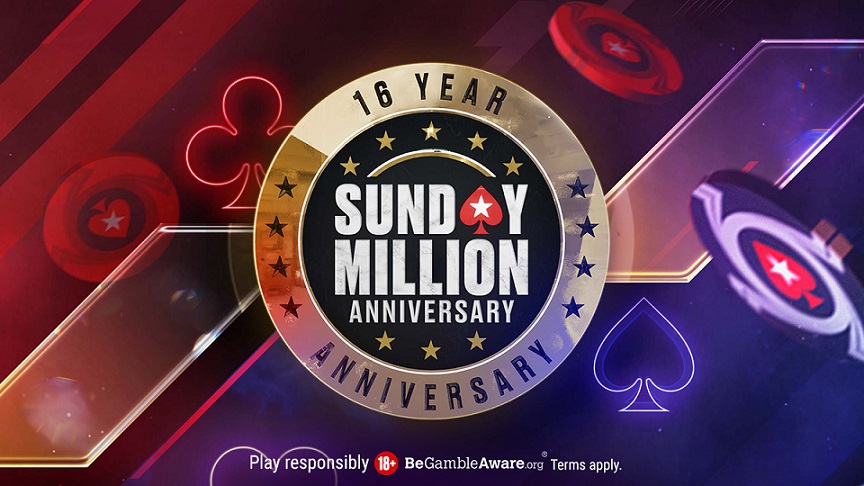 PokerStars is set for a busy month of MTT action with the 16th Anniversary Sunday Million and a US SCOOP series. (Image: PokerStars)

That means anyone who enters the $215 tournament on March 20 will be playing for a piece of at least $10 million. Although that’s less than 2021’s guarantee, it’s still a sizeable increase on the usual Sunday Million’s standard prizepool.

The popularity of PokerStars’ anniversary Sunday Million events has steadily increased over the years. Although the number of entrants peaked in 2020 at 93,016, that was during the initial wave of COVID-19 lockdowns, so more people were online than usual.

Barring that anomaly, last year’s special event was the biggest ever with 69,876 entries. Therefore, the tournament team at PokerStars HQ will be confident the 16th Anniversary Sunday Million will surpass its guarantee.

In fact, almost 6,000 players had registered at the time of writing. What’s more, there satellites costing as little as $2.20, as well as freeroll qualifiers. Finally, players can re-enter five times, which means more records could fall and the eventual winner could pocket more than Vanessa Kade’s $1.5 million payout.

US players prepare for PokerStars SCOOP 2022

While players on PokerStars’ dot.com network are sizing up the latest Sunday Million, those in the US can highlight March 25 in their diaries.

Why? Because that’s when the first PokerStars Spring Championship of Online Poker (SCOOP) event gets underway in New Jersey, Pennsylvania, and Michigan. 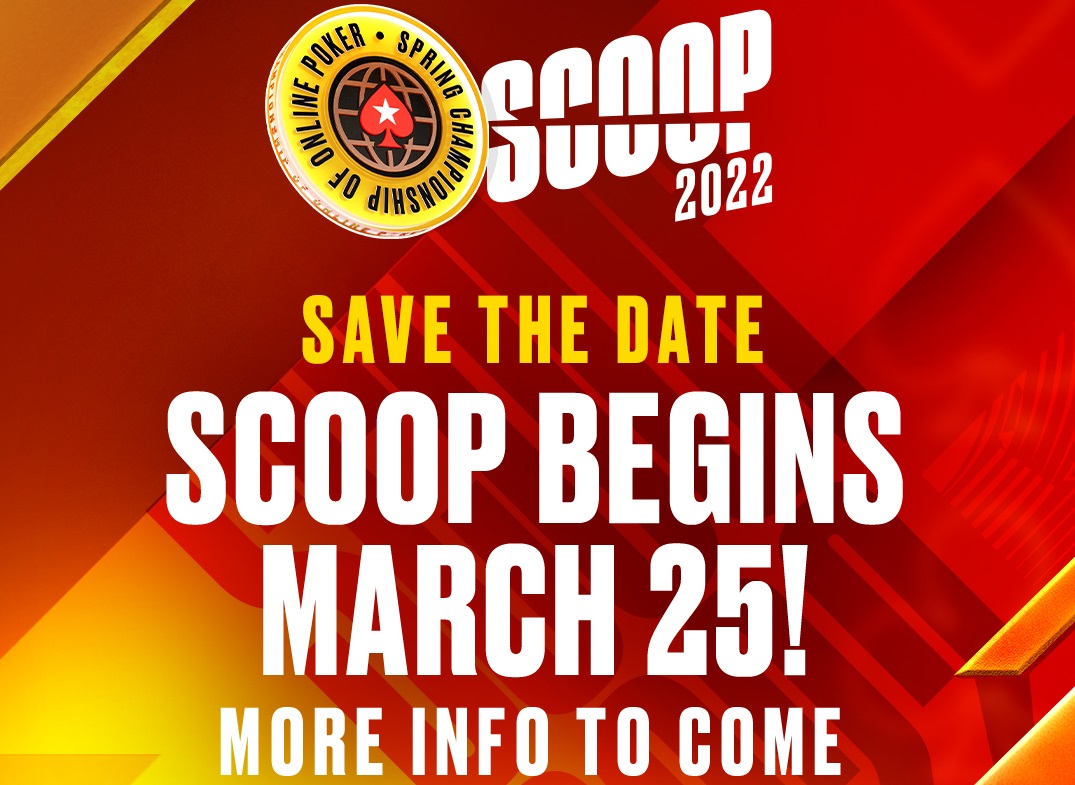 Mark March 25 in your calendar if you want to play SCOOP US. (Image: PokerStars)

The full schedule for SCOOP US has yet to be revealed. However, PokerStars’ press team sent out an announcement today confirming that the series will run from March 25 to April 11. Between this and the 16th Anniversary Sunday Million, March is set to be a busy month for PokerStars.