If you sometimes struggle to decipher the strength of your opponent’s hand when facing an all-in situation, or find yourself often eating alone because your dinner date had an unexpected family emergency or sick dog, “Chasing Hearts” could be a show for you. 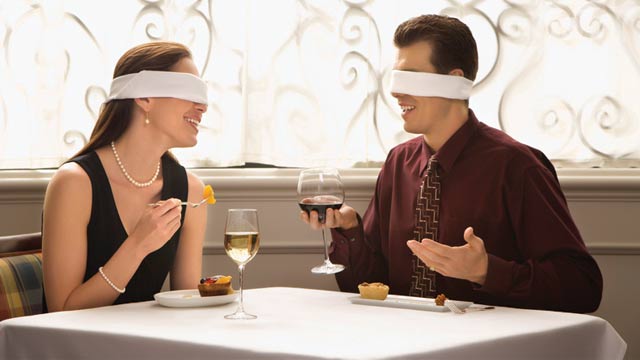 PokerGO is set to release a reality show called “Chasing Hearts,” which tries to decode physical tells being given off by blind daters. (Image: The Odyssey)

The subscription app PokerGO is adding more original content to the reality programming space, this time with a six-episode series that pairs a relationship coach and a poker expert together to analyze the body language and verbal tells of two people on a blind date.

All six parts of the series, produced by Poker Central in partnership with a content outfit called Alkemy X, will be released to PokerGO subscribers on Oct. 2.

This isn’t a traditional dating program or a knockoff of the once popular “Blind Date,” a show that offered humorous commentary on often mismatched duos as fireworks ensued. (It even featured former Full Tilt Poker pro Phil Gordon on an episode, unsuccessfully trying to win the heart of his date by schooling her in the finer points of Roshambo.)

Instead, “Chasing Hearts” promises a more analytical take on dating, sizing up intent behind actions and words according to body language and tells given off by daters, much like how poker players might size up their opponents at the table.

The show will be hosted by Hayley Bright and Blake Eastman, both who have unique expertise in body language. Bright is a relationship matchmaker and lifestyle coach. Eastman is a poker instructor and founder of the training site Beyond Tells.

Hidden cameras will follow the daters around while Bright and Eastman try to pick up on their tells as they assess body language, conversation cues, and overall chemistry.

Chasing Hearts is the second reality series launched by Poker Central for the PokerGO app in the past month.

Earlier this month, Poker Central released “Major Wager,” a reality show pitting poker pros against each other in a variety of crazy prop bet scenarios. PokerGO has also been home to live coverage of the WSOP and the Super High Roller Bowl at the Aria, as well as broadcasting the inaugural Poker Masters and the return season of “Poker After Dark.”

Another new show viewable on the app is “Pokerography,” which provides documentary-style profiles of different poker personalities.

While Poker Central may be excited to diversify its PokerGO content offerings, “Chasing Hearts” is not without its detractors, even before the first episode has aired.

“This might be the worst idea for a show I have ever seen in my entire life. Might I recommend sticking to…poker,” Doug Polk (@DougPolkPoker) tweeted.

Poker players, of course, are free to do that. But then it will be on them to figure out why they are home alone without a date to Netflix-and-chill.