Fifteen months after going on a COVID-19-prompted hiatus, the RunGood Poker Series and its broadcast partner PokerGO are back with the “All-Stars Comeback Tour Powered by PokerGO,” along with an end-of-year RGPS: All-Star ProAm event. 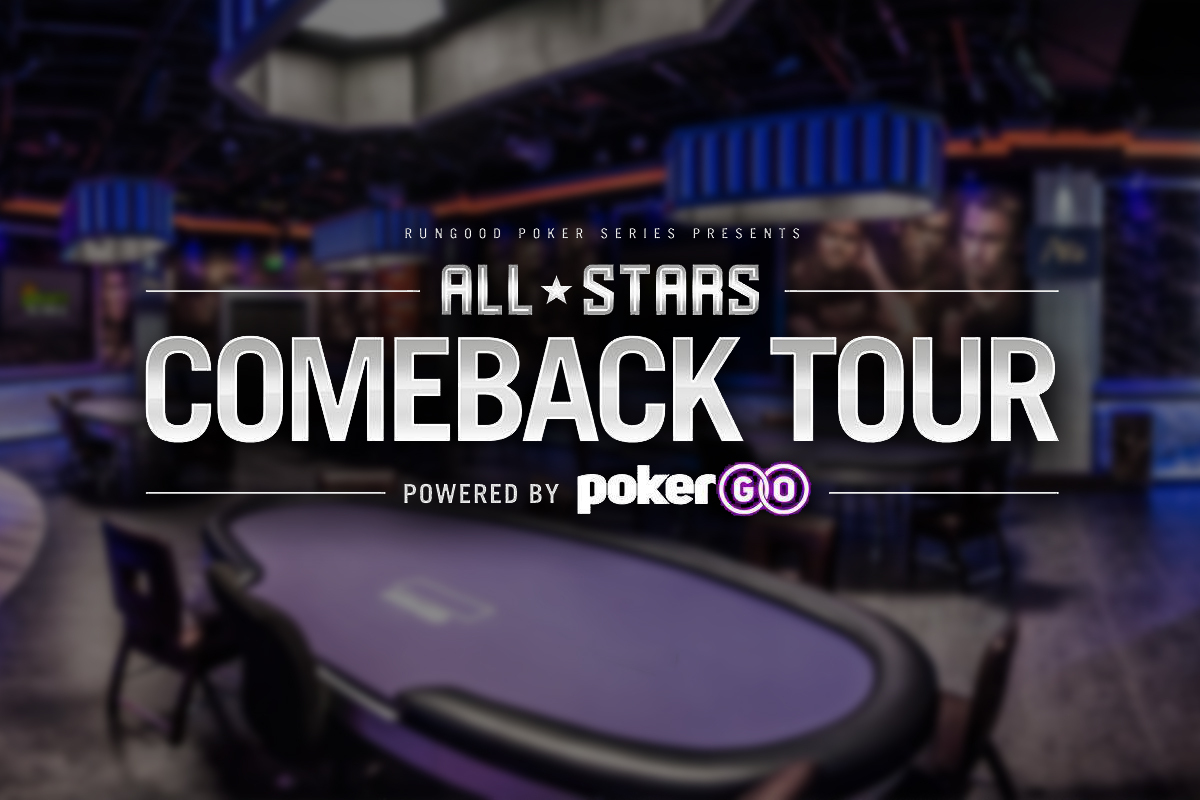 The RunGood Poker Series’ “All-Star Comeback Tour” will build up to a December 2021 finale in Las Vegas. (Image: PokerGO)

RunGood’s All-Stars Tour was created in 2020, but was suspended last spring due to COVID. It resumes in June with the first of three upcoming stops in Jamul, California, Council Bluffs, Iowa, and Tunica, Mississippi. The Jamul and Council Bluffs stops were detailed in a recent CardsChat News report on the RunGood relaunch, while the July 6-11 Tunica stop was recently finalized.

All three RGPS stops are now integrated into the “Comeback Tour” framework as well. Other stops are slated to be added in the summer and fall, leading up to the December All-Stars event.

As originally planned, the All-Stars finale will feature an invite-only, 64-player field that will play — and be filmed — at the PokerGO studios. Since the All-Stars Tour’s inception, and paralleling some other tours’ offerings, RunGood awards seats to the main event winner and overall Casino Champion at each of its stops.

Those players will fill up an indeterminate share of the 64 spots, since some tour stops are still being planned. The remainder of the field will consist of “invitees of PokerGO and RunGood,” including a mix of poker professionals, industry personalities, and celebrities.

“Following the success of Showbound in 2019, we’re ready to raise the stakes and highlight more heroes from the RunGood Poker Series,” said Mori Eskandani, president of PokerGO parent entity Poker Central. (Showbound was a PokerGO production focused  on the RunGood series.) “We’re excited to welcome ‘All-Stars’ from across the country to the PokerGO Studio to compete on poker’s greatest stage in the RGPS: All-Star ProAM this December.”

RunGood’s founder, Tana Karn, who recently spoke to CardsChat News about how the pandemic caused the cancellation of 10 RGPS stops, said she’s excited about the tour’s return.


Another part of RGPS’s year-end All-Stars festivities included teams being formed from the qualifiers at each stop for a function yet to be detailed. That concept is returning as well, with each of the RunGood stops missed during the hiatus being asked to take part in a “Name Your City’s Poker Team” vote prior to each upcoming stop. RunGood, which started as a clothing and poker-gear line, will design logos for each team in time for their Las Vegas debuts.

A few teams have already been named, based on early-2020 RGPS stops. Those teams are the: