Word spread through the poker community on Monday that Rachel Kranz, a well-respected poker player from New York, had unexpectedly passed away. 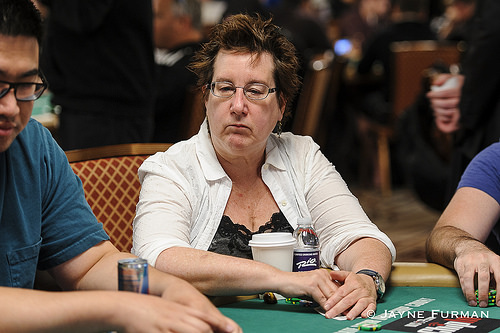 Kranz was a familiar face at both East Coast stops and in Las Vegas during the World Series of Poker, where she loved to grind satellites. During her time on the circuit, she made a lot of friends, many of whom expressed their shock on social media.

“I am at such a loss and am extremely shaken by this,” Katie Stone wrote on Twitter. “I had no idea it was this serious. I don’t even know what to say.”

The poker world was in shock and disbelief to learn Kranz died, purportedly from complications related to cancer, about which few of her poker friends knew.

“Very sad to hear Rachel Kranz passed,” wrote Cory Waaland. “She was by far one of the most brilliant, kind & sincere ppl I’ve ever met and will be missed dearly.”

Allen Kessler wrote: “Rest in peace Rachel Kranz; a true friend and one of the kindest individuals I’ve encountered on the poker circuit.”

WSOP bracelet winner Ryan Laplante had this to say: “Sad to hear about the passing of Rachel Kranz. A very kind person who was always a pleasure to play and chat with. World is worse off.”

But Kranz was more than just another player. She was an ambassador for the game in how she carried herself around the felt.

“Rachel encountered plenty of ageism and sexism at the tables, as well as people who didn’t want to deal with her brilliant, sometimes manic energy at the table, who found it annoying without understanding how much they could gain from her insights,” said Jennifer Shahade. “Despite her occasional frustration with this, I never heard Rachel say anything unkind about any poker player.”

Kranz grew up in southern California and then northern Minnesota before relocating to New York City in 1982. Aside from poker, Kranz was an accomplished writer, having written novels and serving as a ghostwriter for many years. She also founded her own theater company, Theater of Necessity.

As for poker, in an interview with Nolan Dalla, she revealed that she learned the game from Nick Brancato during a WPT Boot Camp. From there, she combined her new poker passion with her writing skills to pen her own blog, “Adventures in Poker,” and writing for the now-defunct Poker Pro Magazine.

Perhaps her proudest moment came in 2015, when she topped a field of 110 entries to win the Seminole Hard Rock Poker Showdown Event #16 $1,650 NLHE Eight-Handed for $44,863. Not only was it her first and only tournament win, she defeated poker villain Chino Rheem in heads-up play to capture the title.

In Dalla’s postgame interview, the last question he asked Kranz was whether or not she believed in an afterlife and why did she believe that way.

“I do,” she responded, “probably because I would prefer not to get only the one chance, but also because I have, on occasion, spoken with ghosts.”

CardsChat extends its deepest condolences to Kranz’s family and friends.