Sexual assault is no laughing matter. But comedian turned US Senator Al Franken left people shaking their heads as they learned that the liberal leader was the latest person you can add to the list of offensive sexual predators, after former “Poker After Dark” hostess Leeann Tweeden went public with her story of being groped by the then Senate candidate during a 2006 USO tour of the Middle East. 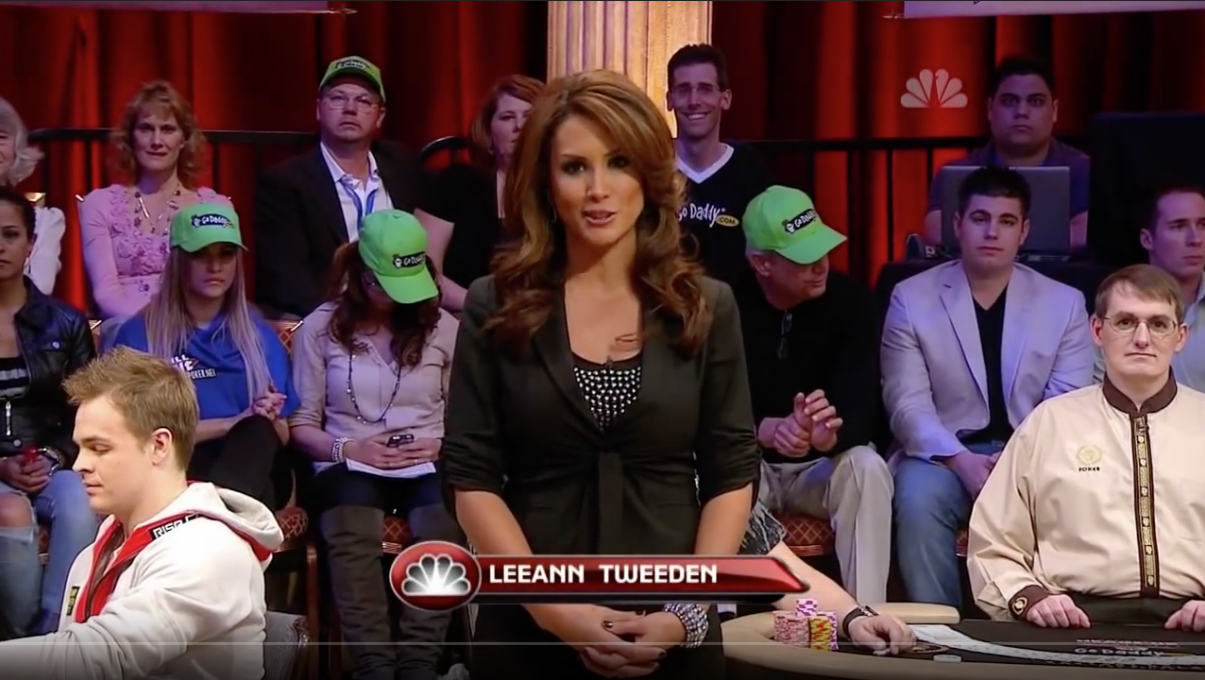 Leeann Tweeden, seen here as hostess for the NBC Heads Up Championship, said she harbored anger and disgust for Sen. Al Franken for more than 10 years before going public with her story. (Image: NBC/YouTube)

On Thursday, Tweeden shared her story of being on the receiving end of the Minnesota Democrat’s sexual misconduct, detailing how he attempted to trick her into kissing him before he aggressively “stuck his tongue” down her throat uninvited.

Her recollection of sexual assault shook the political world and became a dominant news story of the day. A day when previously people were talking about Alabama Senate candidate Roy Moore, and numerous women who were coming forward to accuse him of inappropriate behavior when they were teenagers and he was in his 30s.

Tweeden, now a morning radio host for KABC 790 in Los Angeles, wrote on her station’s website:

“At the time I didn’t want to cause trouble. We were in the middle of a war zone, it was the first show of our Holiday tour, I was a professional, and I could take care of myself. I told a few of the others on the tour what Franken had done and they knew how I felt about it. I tried to let it go, but I was angry.”

Tweeden also shared a photo showing Franken placing his hands above her breasts while she slept on a military transport plane wearing a flak jacket. She said she was inspired to come forward about the incident after interviewing California Congresswoman Jackie Speier, who was a victim of a similar sexual assault on Capitol Hill.

Franken apologized for his behavior, and called on the Congress to open an ethics probe into the situation. Tweeden, who did not join a chorus of people calling for the senator to resign, said she accepted his apology, and believed it was sincere, albeit many years too late.

“People make mistakes. I’m not calling for him to step down. That’s not my place to say that,” Tweeden said.

Growing up in Manassas, Virginia, Tweeden eventually moved to Los Angeles to chase her dream of modeling and acting.

She soon earned a gig as co-host on the former popular sports talk show, “The Best Damn Sports Show Period,” on Fox Sports from 2001-2007. Shortly after that, she would become one of the most recognizable people in poker, at the height of the poker boom, from 2007 to 2011.

The poker world got to know Tweeden as she got to know the players, serving as hostess and doing player introductions and bustout interviews for “Poker After Dark” on NBC during Seasons 4-7. In 2010 and 2011, she performed similar duties for the “NBC National Heads Up Championship.” The video below features highlights and outtakes from her work on “Poker After Dark.”

As a TV spokesmodel, she worked alongside commentator Ali Nejad for many years on two of the more popular televised poker shows in history.

It was in her role as poker-world sweetheart that she landed the cover of the December 2011 issue of Playboy, which referred to her as “Queen of Hearts” and “poker’s biggest draw.” Tweeden also appeared in Maxim and FHM magazines.

Tweeden, the daughter of a Vietnam veteran and a proud supporter of the US military, has performed on 16 USO tours, traveling to war zones such as Iraq and Afghanistan while providing live entertainment for soldiers overseas.

The Veterans of Foreign Wars awarded her in 2011 a special honor for “outstanding contribution to America’s Armed Forces in the form of entertainment.”

It was on a USO tour where Tweeden met her eventual husband, now a pilot for the California Air National Guard, and also where she met Franken before he groped her on a military plane.

Franken, aka “Stuart Smalley” on Saturday Night Live, was good enough and smart enough to get elected to the US Senate in 2009. But, doggonit, many people don’t like him now that he’s an accused sexual predator.

Doggonit, I would love to see an ethics investigation of all sexual predators in the government, starting at the top office of the president.

The beautiful Bride of poker, it is unfortunate that these events happen, t is also unfortunate that it is said after so long what happened, very embarrassing. Not only is asking for a public apology and already, I think that people like this man should be punished more. Many women today suffer from these abuses, hopefully as well as Tweeden not put the complaint very late.

This girl is no one show pony. Women who make false sexual complaints discredit those women who sincerely step forward. Check out some of her USO actions. Tweeden a grinding and a groping https://www.youtube.com/watch?v=rJidGI-NMd0&feature

She goes on the Howard Stern show laughs about not wearing panties. Laughs when Howard feels her breast and calls him Dr. Howard asks him if he is hung. https://www.youtube.com/watch?v=T1ogwuJ2fAo

Goes on a USO tour with Robin Williams. SHE jumps him, tries to straddle and hump him and practically force kisses him and pats his butt. SHE was the sexual harasser. harasser https://www.youtube.com/watch?v=GKERuf_hwLw

There are pictures of her kissing Franken going around. Don’t know if it is the kiss but she has an arm around his neck