Poker Twitter in a Frenzy Over PokerStars Multi-Table Limit Change

Poker Twitter came down hard on PokerStars for implementing a new change that puts a four-table limit on ring games. The online poker site recently announced the switch to the dismay of some poker fans, especially the pros who grind multiple cash games – sometimes as many as 24 games at the same time. 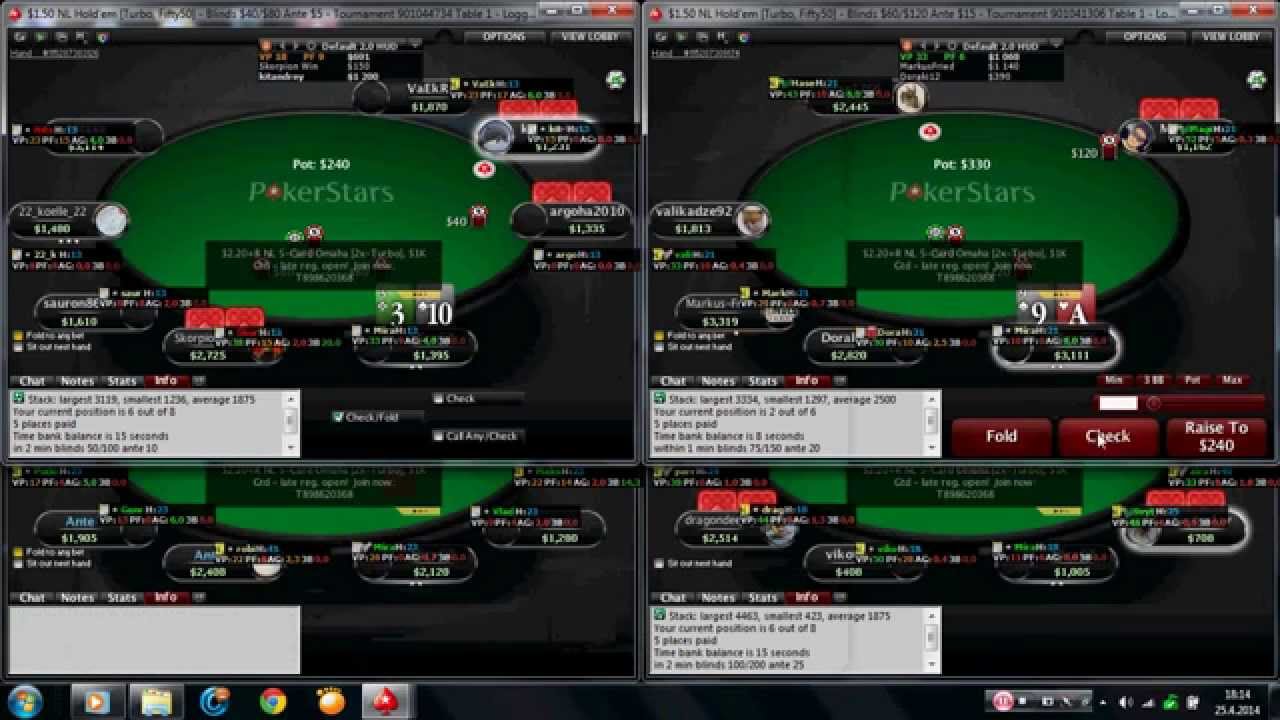 Four ring games at once is the limit now on PokerStars. (Image: YouTube)

Keeping poker players happy isn’t an easy task. If you’ve spent any time on Poker Twitter, you know the vocal card players will find seemingly anything to complain about. But they might have a valid gripe with the world’s largest poker site when it comes to the ring game table cap as it could potentially hurt the bottom line for some pros.

If you’re a multi-table specialist at Stars, you might need to make some adjustments to your strategy, especially if you regularly play more than four cash games at a time.

Effective immediately, as we reported on Tuesday, PokerStars now limits players to four ring games at once. The internet poker site first tested the table cap last year in Italy with a six-game maximum. But Severin Rasset, a Stars Group executive, said in a blog post that following the trial run, the company decided that “that a four-table cap is, in fact, the optimum number to achieve our goals.”

Even the top poker site in the world can’t make everyone happy. But PokerStars is taking one on the chin from poker fans on Twitter. And it’s mostly coming from pros, the players who are most likely to be loyal customers.

Ring game table cap of 4 rolled out on @PokerStars. Find out more…https://t.co/PCpaZfj2U4 pic.twitter.com/KFDWipVbtm

Twitter user @Snomad_09 responded with, “you are just destroying your brand by doing this, completely insane and unecessary {sic}.” Many others shared his sentiment. Take Mark Rubbathan (@Weazel_1991), for example.

“Lmao now solid players can play less tables which means one of two things. They either play tables elsewhere, or concentrate on 4 tables, increasing their edge vs fish. Either way hurts your bottom line. What’s the point out of interest?” he asked.

Dukic Amir (@theDukich), however, feels the changes are good for “recreational players.” He argues that cash games will now have fewer “grinders.” The poker player claims the PokerStars lobby was previously packed with the “same few players on every table.”

Poker coach and WPT champion Jonathan Little suggests that “mass multi-tabling is certainly good for regs.” Phil Galfond, owner and founder of the new poker site Run it Once, eloquently opined on the issue. You can read his lengthy Twitter thread for his entire take. But the basic gist of it is he doesn’t believe the PokerStars multi-table cap is good for the poker community as a whole.

“They’ll capture a much larger share of the rake in the short-term at the cost of a long-term hit to the ecosystem,” he says of his competitor. “I hope I’m wrong.”

I think that an effective many-hour “game with 24 tables at once” is not possible without the use of special programs. In fact, it is not a person who is playing, but a robot. Also, this reduction will reduce the presence of professional players at the tables, which will make life a little easier for amateurs who bring money to the game with their deposits.

if after all this to play on microlimits will be profitable, I will say Poker Stars thank you, and if not, I will play only freerolls.