Huge Month for Tournament Poker Around the World Underway

A jam-packed month with big money poker tournaments on three separate continents kicks off the new decade. But the month of January might feel a bit different to some without the popular PokerStars Caribbean Adventure (PCA). 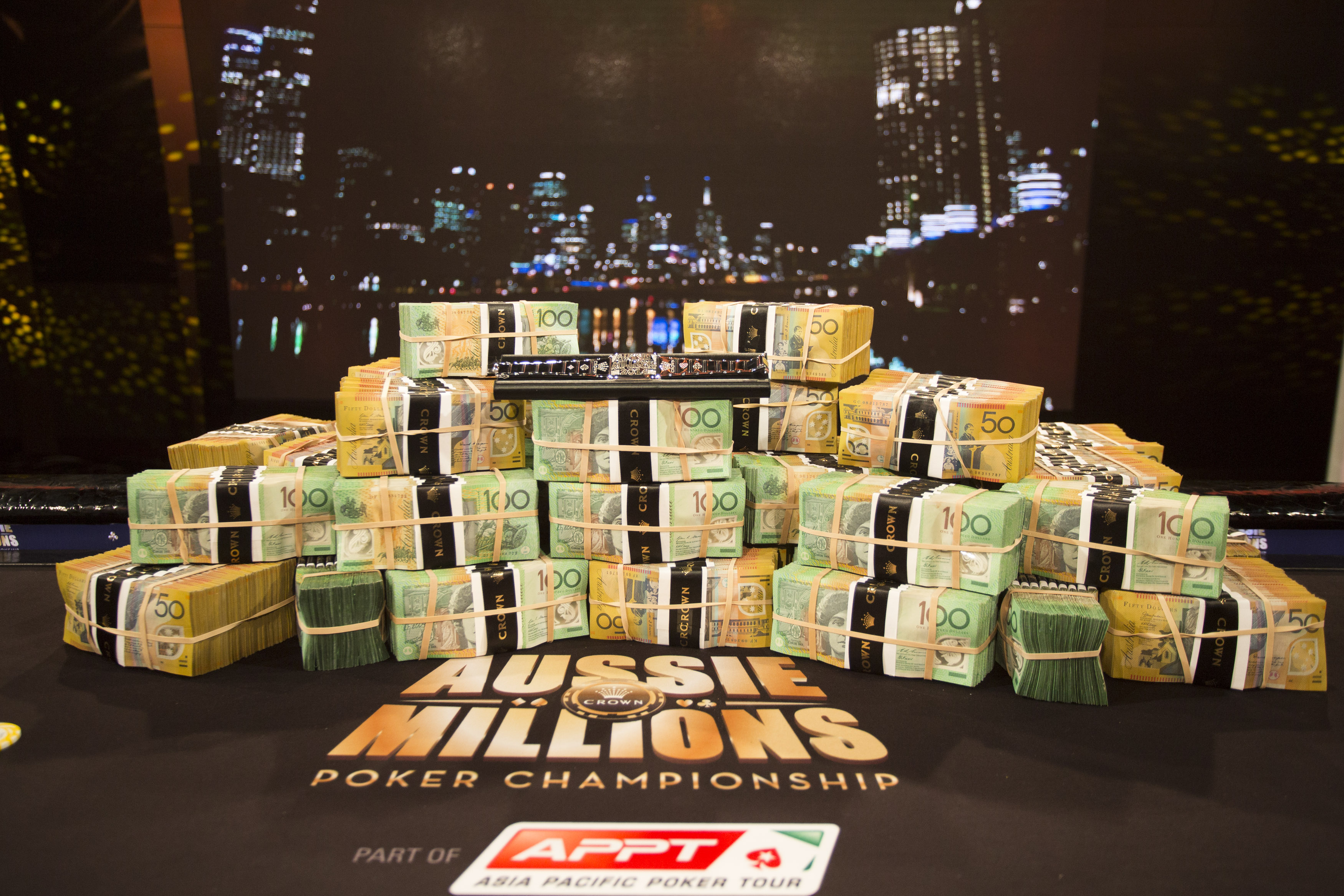 The Aussie Millions Main Event is one of the biggest poker tournaments in the world. (Image: somuchpoker.com)

PokerStars pulled the plug on the PCA following the 2019 series. The event, hosted at the Atlantis Resort in the Bahamas, began in 2004. After 16 winters of fun in the sun, the series came to an end so that PokerStars could focus on its $25,000 buy-in Players Championship (PSPC), which will take place at the EPT Barcelona in August.

David “Chino” Rheem won the final PCA Main Event last year for $1,567,100. The three-time World Poker Tour champion can now focus on adding some more WPT titles to his resume this January instead.

The WPT’s $10,000 buy-in Gardens Poker Championship on January 9 kicks off the start of a mad rush of high-stakes poker tournaments around the world. Lower stakes events are already underway at Gardens Casino in Los Angeles leading up to the WPT Main Event.

The WPT has three other Main Tour poker tournaments on its January schedule, including the $3,500 buy-in Lucky Hearts Poker Open in South Florida on the 17th. Then, it’s off to Russia for the WPT Russia and then back to North America for the January 26th Borgata Winter Poker Open in Atlantic City.

Off to the Land Down Under

A third continent – Australia – also plays host to some exciting poker tournaments this month. The 2020 Aussie Millions is already underway with some low to mid-stakes events. But some big tournaments are on the horizon at the Crown Casino in Melbourne.

On January 13, the first high roller of the series – a $25,000 PLO event – gets underway. Three additional high rollers with buy-ins ranging from $25,000 to $100,000 are among the highlights of this annual Australian poker series.

But the biggest event each year is the $10,600 buy-in Main Event, which begins January 17 with the first of three Day One flights. The final table, also the final day of the series, is set for the 24th.

Last year’s winner, Bryn Kenney, is poker’s all-time winningest tournament player with $56 million in cashes. Just over $900,000 of that was earned at the 2019 Aussie Millions Main Event.

I had a dream to win a ticket to PokerStars and celebrate the New Year in the Bahamas at the poker table, now this is not the case. It became a little sad, thanks for the schedule, I need to choose a meeting where you can select through online.

I think it is fantastic that there are so many events going on in such a short time frame. I would like to one day be a professional player who can travel to all of the different events (and hopefully win a few). I think this shows that the poker industry is thriving and hopefully, will continue to do so.