Poker Tournaments in Las Vegas That Aren’t the World Series: Here’s Your Guide

When it comes to poker tournaments in Las Vegas, all you usually hear about from late May till mid July is the World Series of Poker. But there are actually numerous series going on in Sin City throughout the summer months, away from the Rio. 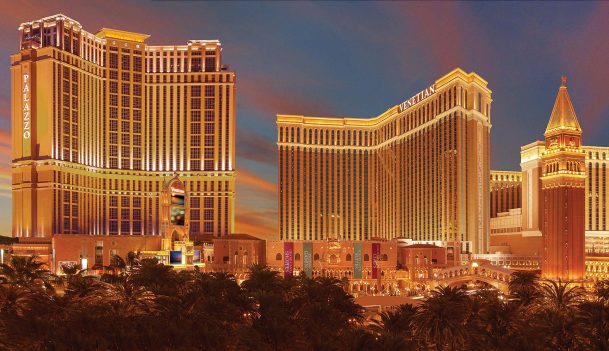 Going for the gold: enjoy some tournament action outside of the World Series of Poker in Las Vegas this summer, at the Venetian and beyond. (Image: Venetian.com)

Casinos understand demographics, that’s for sure. No fools they, quite a few years ago, some of the most popular poker rooms in town devised their own series to piggyback on the WSOP, so that players who either don’t have the bankroll to play most of the Rio’s events, or who bust out of events and want to rebound elsewhere, have some options.

Although you won’t be able to bag a bracelet, you will be able to hoist a little trophy in the air and add a few (often more than a few!) dollars to your bankroll this year courtesy of the Venetian, Caesars, the Wynn, and the Golden Nugget.

Running through until July 24, the Venetian’s summer series is one of the most popular WSOP alternatives and often attracts many of the game’s top players. This year, there’s more than $16 million in guaranteed prize money and the average buy-ins are between $600 and $2,000 cheaper than most WSOP side events.

For example, on June 27, you can take part in the $250,000 guaranteed $600 buyin two-day event at the Venetian. For something a little more lucrative, the $2 million guaranteed DeepStack Extravaganza “Main Event,” which kicks off on Sunday, July 17 (and has three starting day flights, followed by three more days of play) will cost 50 percent less than the WSOP Main Event, at “just” $5,000.

For something altogether more affordable, Caesars Palace daily tournaments cost between $100 and $150 and run four times each day. Like the Rio’s Daily Deepstack tournaments which run alongside the WSOP, these low buy-in events are fast and furious, with short stacks and even shorter levels.

As a direct comparison, a Rio Daily Deepstack will cost $235 to enter and you’ll get 15,000 starting chips with 30-minute levels. In contrast, Caesars’ daily tournaments have 20-minute levels and starting stacks ranging from 10,000 chips to 15,000 chips. The one additional incentive Caesars events have is that they have guarantees ranging up to $2,500.

Picking up the popularity of WSOP alternatives hosted by the Venetian, the Wynn now has its own series known as the Summer Classic. Kicking off in early June and coming to a conclusion on July 17 with a $750,000 Main Event, the festival is a No Limit Hold’em feast, with a smattering of Pot Limit Omaha action.

The most appealing aspect of the series for any WSOP casualty looking for some alternative action will be the mostly lower buy-ins and comparatively generous guarantees. The most you’ll pay for one of the events is $1,500 + $100, while small stakes players can ante-up for just $250 and play for guaranteed prize pools of at least $100,000.

The final WSOP alternative worth a mention this summer is The Grand Poker Series at the Golden Nugget in downtown Las Vegas. Ahead of the final event on July 3, the festival boasts almost 60 events with buy-ins starting from an affordable $100.

The nice thing about this series is that it has a large number of three-figure events, as well as a helping of four-figure buy-in tournaments, which means it attracts players with a variety of skill levels.

Naturally, the two-day, three starting flight $500,000 Main Event is the jewel in the Golden Nugget’s crown and, for a mere $570, it’s a feasible option for any player wanting some value outside of the WSOP.

The World Series, of course, will continue to dominate the headlines this summer, but as you can see, there’s plenty of additional action for those who want to get away from the hustle and bustle of the Rio.

I want to go to Las Vegas to play at least one of these tournaments , I hope to go this year .