The Poker Sports League (PSL) has partnered with the Discovery Channel’s parent company to broadcast the first ever poker event on Indian TV. 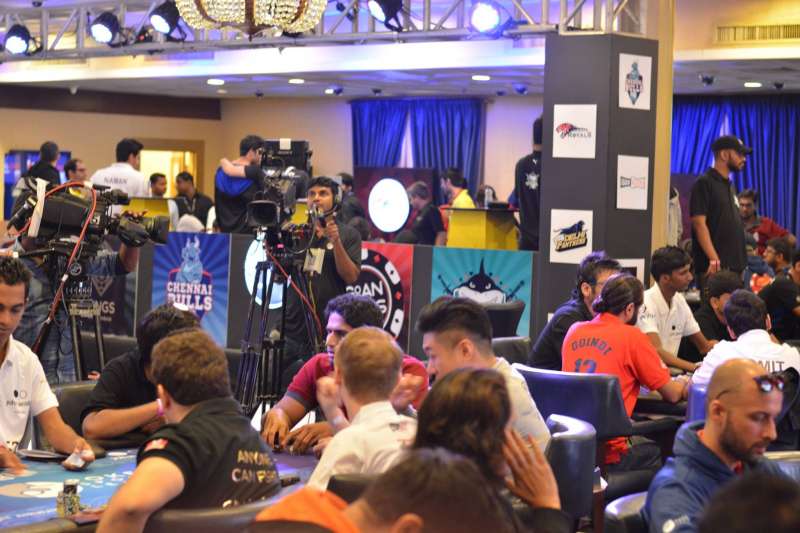 The Poker Sports League is bringing the team poker concept to India, and later this year their tournaments will be broadcast on DSPORT, an upstart Indian sports network connected to the Discovery Channel (Image: Sportskeeda)

Now into its second season, the PSL is looking to capitalize on a strong online following. During Season One, the final showdown between the Delhi Panthers and Mumbai Anchors attracted 2.8 million viewers on Facebook.

After five days of action on the Deltin Royale Casino Goa, a floating offshore casino cruise ship, a livestream showed the Delhi Panthers capturing the first ever PSL title and $225,000 in prize money.

With an impressive number of online viewers, the PSL’s organizers agreed to a deal with Discovery Communications to broadcast the action on Indian TV. In addition to the Discovery Channel, the media company owns DSport, an Indian television station that launched last year, offering football, rugby, golf, and other sports content.

The PSL will now receive mainstream exposure across India, becoming the first poker event in the world’s second most populous country to be broadcast on Indian TV.

“PSL’s biggest challenge has been to overcome preconceived notions and change people’s perception with regards to poker,” Burman said in a press release.

In an effort to maximize reach, the first shows will be broadcast in English.

The luck vs. skill debate has become a big issue recently for poker in India.

In one instance, the state of Nagaland has classified it as a game of skill and, therefore, legal. By contrast on the other end of the country, the High Court in Gujarat ruled that poker was not enough of a game of skill to be exempt from the state’s anti-gambling statutes.

Prior to announcing its broadcast deal with DSport, the PSL partnered with chess grandmaster Viswanathan Anand.

Regarded as the best Indian chess player of all time, Anand will be taking part in special events and using his profile to outline the similarities between chess and poker, bolstering arguments on behalf of poker as a game of skill.

“Poker as a sport has ample potential and it is about time that we Indians realize it and give the sport the kind of attention it deserves,” Anand told Indian media. “PSL joining hands with DSport sure looks like a step in the right direction.”

Qualifiers for the second season of the PSL are currently underway and will run until March before the main event takes place in May.

The look of poker grows year after year.  2.8 million viewers through facebook prove that poker deserves a place in the sport. Congratulations to Mr. Anand, who recognized poker as a sport