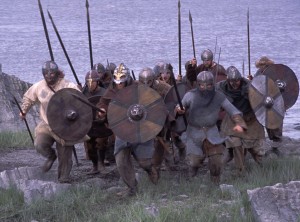 There are signs that the Norwegian government’s frosty attitude to gambling, and particularly poker, is beginning to thaw, and a recent study by the country’s Lottery and Gaming Authority may help the cause.

How Safe is Poker?

The biggest problem gambling survey ever held in the country has concluded that poker is one of the “safest” gambling games, scoring at a relatively low risk factor for problem gambling. The survey, which was conducted by the University of Bremen, interviewed 10,000 people, and found that just 4.7 percent of respondents had played online poker, and only 0.2 percent at “higher-stakes,” defined as depositing more than $4,600 in the preceding year.

The survey used the Canadian Problem Gambling Index (CPGI), a system designed to analyze behavioral traits associated with problem gamblers, in order to determine the risk factor of various gambling games and found that poker scored just 1.09 out of 10, a lower score than bingo.

Furthermore, applying results from the sample of respondents to the larger Norwegian population, it estimated that 7.8 percent could be seen as low risk gamblers, 2.4 percent as moderate risk and 0.6 percent as problem gamblers. The study will now inform government policy as the country prepares to move forward with a liberalization of its gambling laws.

Norway has traditionally been one of the strictest countries in Europe when it comes to gambling. The country has no casinos and live poker tournaments are illegal, as are all forms of online gambling, apart from through the state-owned website Norsk Tipping. This offers lotteries, keno and some sportsbetting, but has strict rules about how much you are allowed to wager and even the time of day at which you are allowed to play.

In 2010 the government passed a law that outlawed financial institutions from processing payments of Norwegian citizens, not only in online casinos, but also in land-based casinos all over the world. It’s an oddity that for a country that gave us 2008 WSOP Europe champion Annette Obrestad, the youngest player to win a WSOP bracelet and the first woman to win a WSOP Main Event, that the annual Norwegian Poker Championship is played each year outside Norway, with players in the past traveling to countries such as Ireland and the UK.

But that could be about to change. While the government debates the pros and cons of regulating online poker, culture minister Thorhild Widvey has her sights set on the Norwegian Poker Championship in 2015 taking place on home soil.

“I hope we can have a regulatory framework in place in time for a Norway championship of poker to be held in Norway in 2015,” she said recently. “As I read it, the Gaming Act permits the government to allow tournaments through regulation and therefore it is probably not a matter for Parliament.”