Break out the Ugandan whiskey or Miller Lite: John “Bradshaw” Layfield, known as JBL to wrestling fans across the world, is bringing back his poker game segment on “WWE Raw” starting Monday night. 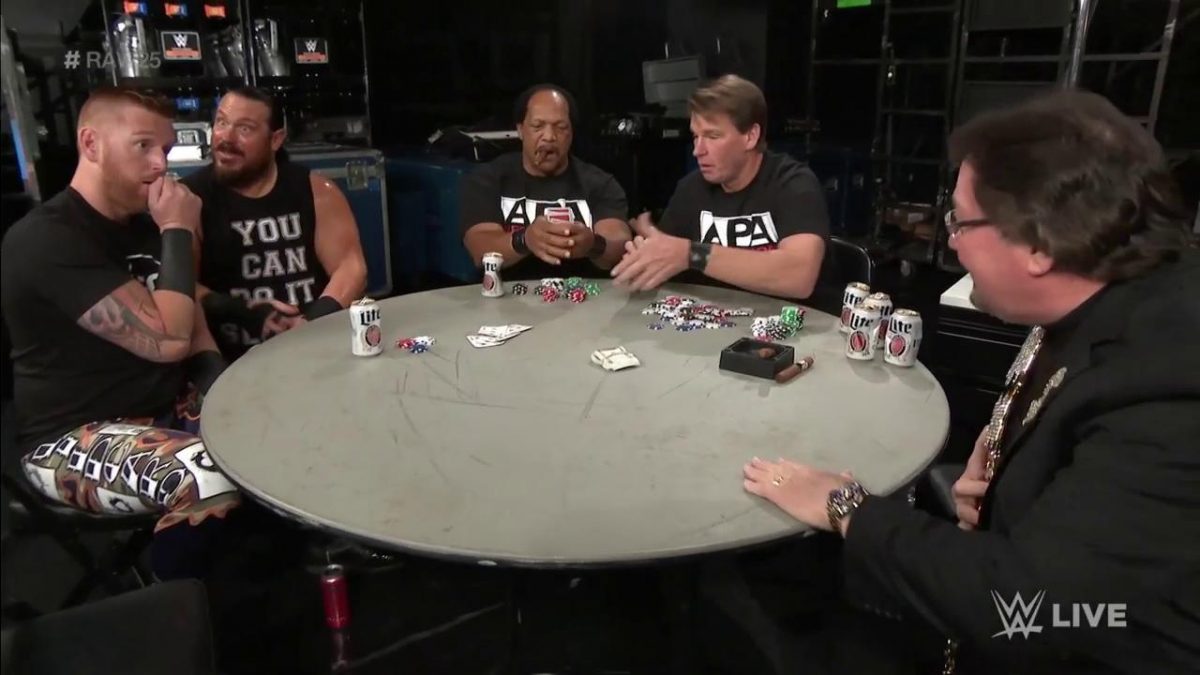 Details are being held tight, but poker has been part of the former multi-time WWE champ and wrestling manager’s act since the days he was a member of the tag-team Acolytes Protection Agency (APA) and was running around with The Undertaker. He now manages wrestler Happy Corbin, who will also be part of the bit.

Bring plenty of money. We got the cards and the Ugandan Prime Reserve Grade A Whiskey. https://t.co/xS1484IAZe

Return of a fan favorite

The WWE would often show Layfield, his partner Faarooq, and fellow wrestlers chomping on cigars and swilling whiskey like a bunch of Texas big-shots while “playing” poker at a table in the wings of arenas around the country. They even built a comically out-of-place office door frame in hallways to highlight the absurdity of their characters’ egos.

Fans ate it up and his reputation as a crass bully helped give Layfield a long career in wrestling. Part of the WWE since 1995, he was inducted into their Hall of Fame in 2021 and returned to the show in October as a part-time commentator and Happy’s manager. He has essentially replaced Vince MacMahon as the rich jerk in the suit. 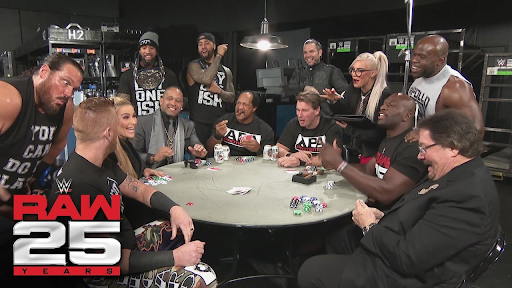 WWE Raw wrestlers ham it up with JBL, who is hosting a poker game on December 5’s episode. (Image: WWE Raw)

Not that WWE would call him that, exactly. Layfield and the WWE have refined his image from a beer-swilling loud-mouth Texan to a savvy swashbuckling businessman. The WWE now calls him a “brash, bruising cowboy-turned-stock market maven.” Layfield and his giant white cowboy hat even appeared on the cover of his book, “Have More Money Now” (2003). He’s also a regular guest on finance shows on Fox  — but never appeared on a real poker show.

“WWE Raw” attracts about 1.5 million viewers each Monday at 8 p.m. ET and has been on USA Network since 1993. Its YouTube channel has more than 92 million subscribers.

Poker has been used as a gimmick by “WWE Raw” many times in the past. In 2018, as part of its 25th anniversary, a special poker game bit was aired featuring Layfield’s APA and others hamming it up over stud and Miller Lites. Monday’s “WWE Raw” should have the same sort of fun and corny antics.

More recently, “WWE Raw’s” feeder league, NXT, and Australian wrestler Duke Hudson attempted to hook fans with a poker angle that failed to pick up steam. Called “Duke’s Poker Room,” the trademarked gimmick was quickly panned by wrestling fans as soon as it came out last October. A fight at one of the games was used as a dramatic arc that was over by Christmas.

Still, kudos to the writers and wrestlers who throw themselves into the parts of confused and stupid poker players so fully. It’s kind of fun.

The WWE also included a Texas Hold’em mini-video game as part of its “WWE SmackDown! Vs. Raw 2006” release. Players were able to play against 50 different wrestlers and their different styles.

So ponder this: it’s conceivable that a few of these young poker stars got their start playing against pixelated caricatures of Jimmy Hart, Mankind, or Ted Diabase in between perfecting digital bodyslams.


But none of that is as fun as Dan Cates. At last Summer’s World Series of Poker, Cates gave both the poker and wrestling world a treat not only by winning the $50K Poker Players Championship in back-to-back years, but did it dressed head-to-toe like wrestling great Randy “Macho Man” Savage. 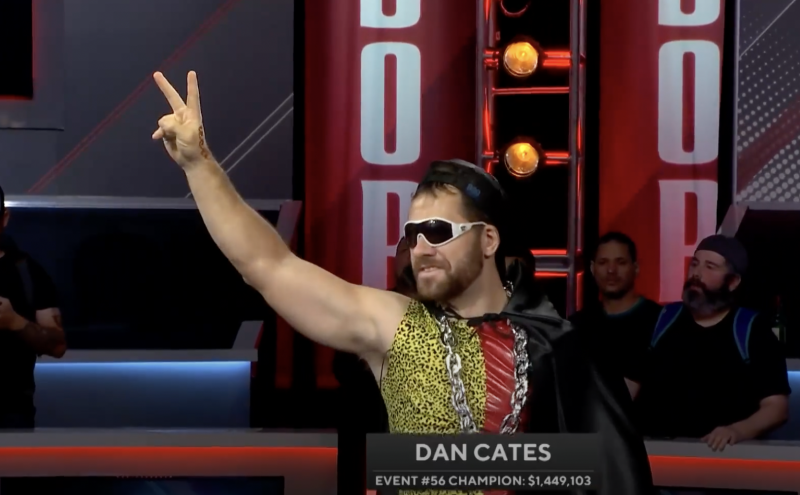 He never broke character once during the 12-hour match.

In 2021, Cates won the same tourney dressed as Saiyan from the Dragon Ball Z franchise.

Although he has a name that sounds like it should be in the WWE, Dudley was a 174-pound wrestler at Michigan State before quitting to focus on a career in poker. It was a good move. The 36-year-old has won more than $3 million in poker tournaments. His most recent bracelet came this summer.