Poker Pros We Lost in 2015: A Look Back at the Greats Who Left Us 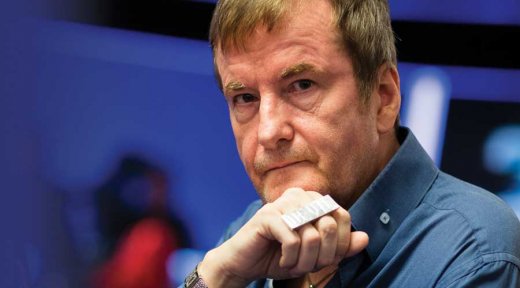 The irrepressible Dave “Devilfish” Ulliott was among the notable poker pros who played their last hands in 2015. (Image: clubpoker.net)

Poker pros come and go: from the game, the profession, and life itself, we know that. But some leave an indelible imprint on the poker community, and this year’s “In Memorium” list certainly fits that bill.

In 2015, a handful of notable players played their last hands before taking their seat at the big poker game in the sky.

To honor some of those we lost this year, we’ve compiled a rundown of the notable faces we’ll miss at the felt moving into 2016.

Known to his friends and fans as “Devilfish,” Ulliott was a larger-than-life character at the felt and had been a stalwart fixture on the poker scene before it was a mainstream hit. Hit first recorded result was a £200 ($308) score at the Grosvenor Spring Classic’s Seven Card Stud event back in 1993, but that was to pale in comparison to his future exploits.

As poker took off and prizepools soared, a combination of skill, sponsorship deals, and his general presence at the poker table saw Ulliott compete on the biggest stages. From the WSOP and WPT, to made-for-TV tournaments, Ulliott was featured heavily during poker’s golden era, earning him a global fan base.

Throughout his career, Devilfish managed to win a handful of titles and more than $6 million in tournaments around the world, ranking as England’s second-highest money earner, according to his Hendon Mob profile.

But in 2015, his time at the table came to an end at the hands of cancer. After feeling unwell for a period of time, Ulliott was unexpectedly told by the doctor that he had cancer and just weeks to live.

Ulliott finally passed away in February, much to the sadness of poker players from around the world, including Phil Ivey.

“@philivey: I was very sad to hear the news about David #Devilfish Ulliott passing away. Lock me up a seat my friend,” tweeted Ivey upon hearing the news.

The player whose nickname suggested he was comfortable inside the coldest of climates, Eskimo Clarke passed away in 2015, having amassed just over $2.7 million in live earnings to his name over his lifetime. Coming from a military background as a Vietnam vet, Clarke started playing tournaments in the late eighties and managed to make history by winning the WSOP Stud Triple Crown (three Stud titles).

However, it was his stroke during a Razz event that earned him a place in poker folklore. According to reports, Clarke suffered two strokes in his life and one was during the final table of a Razz event. Despite being close to death, Clarke signed a release and was able to continue playing and eventually finished in fourth place.

Seemingly unscathed by the incident, Clarke managed to continue grinding for another eight years before finally passing away at age 67.

If you were a fan of poker in 2004, then the name Elix Powers will be one you recognize. A small time grinder who frequented various casinos in and around Las Vegas, Powers found himself thrust into the limelight in a big way during the WSOP’s $5,000 Limit Hold’em event.

Before the Series, he was virtually broke and homeless. But a twist of fate and a 19th place finish in the preceding $1,500 Limit Hold’em event at the WSOP gave him enough of a bankroll to sit with the big boys in the $5,000 event.

Flanked by the likes of high stakes pro John Hennigan and Positively Fifth Street author Jim McManus, Powers used a combination of speech play and charisma to cause a near-riot when McManus called him down with jack-high.

The incident became an instant hit among the community and it was from that point on that Powers would become a legend in the game, although he only finished seventh and took home a relatively meager $40,040 in winnings.

Powers was 62 when he passed away this year.

Despite being in the prime of his life, former online tournament legend Chad Batista unexpectedly died in August of 2015. At one time the brash American was the envy of MTT players and railbirds around the world. Utilizing a kamikaze style that seemed to work for him and him alone, Batista was able to rack up multiple wins in the toughest online tournaments in the world.

In fact, at one point, he was considered the best rebuy MTTer in the online game. Unfortunately, a sustained downswing and problems in his personal life forced Batista out of the spotlight, and in recent years, he was largely absent from the poker world.

The latest news the community received about Batista was of his passing in August. Although his family asked for privacy over the matter, it was reported that Batista passed away after an unexpected and sudden illness.

Technically an amateur at the felt, but someone who become a familiar face at major events across the US over the last decade, The Simpsons‘ co-creator Sam Simon lost his battle to cancer in March of this year.

Despite being an uber-rich TV tycoon, Simon was unaffected at the poker table and would often converse with his peers as he tried to win a coveted bracelet at the WSOP.

Among the outpouring of emotion following the end of Simon’s battle with cancer, The Simpsons’ Hank Azaria penned a tribute to his friend and referenced their mutual love of poker.

“@HankAzaria: He was also a great poker buddy!” tweeted Azaria.