A few poker pros were the victims of hackers this week. No, not the Russians. Vanessa Rousso, Dan Smith, and Vanessa Selbst all reported their cell phones were hacked by unknown crooks. 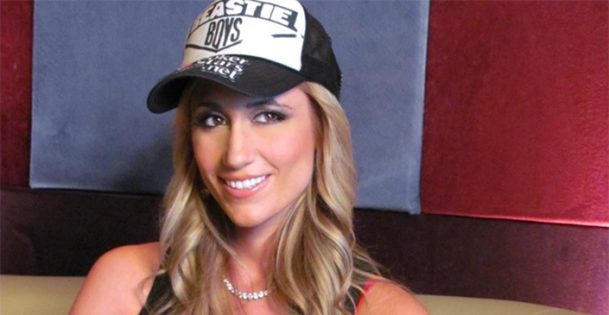 Vanessa Rousso was one of three poker pros who was the victim of hackers. (Image: highstakesdb.com)

On Tuesday, one poker player appeared to be in a scary situation, her family’s lives possibly in danger. Rousso, once a PokerStars Team Pro-turned musician, posted three messages on Twitter that worried her followers.

“Police are literally ignoring me and my calls please Kelsea you know me, this is serious,” her account first posted.

“My family is being held hostage,” the third message stated.

The former Big Brother competitor appeared to be in a sticky situation. But, thankfully, a post on Wednesday made everyone relax.

“Hey guys so sorry, I was hacked :/ Everything’s resolved now and everyone is ok,” she posted.

Whew! But, that wasn’t the end of it. Two other poker players were hacking victims as well, raising security issues.

Rousso was the victim of “swatting,” the act of deceiving police into an emergency response situation. In some cases, swatters will dial 9-1-1 from a different location than what appears on the caller ID.

The caller then fakes a hostage situation at the residence shown on the caller ID so that a S.W.A.T. team arrives and chaos ensues.

In Rousso’s case, the swatters hacked her phone and left a message on her social media account, likely in the hopes of getting police to show up to a false alarm. This illegal act is a serious threat to society.

Nothing came of her situation other than her phone being hacked. No one was harmed, but it does raise some concerns. Dan Smith wasn’t swatted, but he was hacked.

He said his email account was hacked. He attempted to secure his account but was unable to do so. Smith didn’t share details of the incident, nor did he mention any money lost. A similar scam affected Vanessa Selbst the same day.

“This is insane. Someone hacked my gmail, changed my PW on my @Dropbox account, and there’s no one that can provide immediate help,” she posted on Twitter.

After getting the Dropbox issue resolved, she said she didn’t think the “hacker got my docs.” But just as soon as she thought she was in the clear, she discovered her Verizon account was hacked.

Selbst said Verizon told her no one could change the PIN on her phone but a hacker was able to do so twice. She began to verbally lash out at the mobile carrier.

“Your customer service is a joke. Your reps don’t know how to protect account security. I have had a hacker repeatedly pretending to be me,” she wrote to Verizon.

How They’re Doing It

Doug Polk posted a video on YouTube addressing the hacking accusations. He explained, in layman’s terms, how people are able to hack into phones.

“Your phone provider when you get your phone has a SIM card. Now, that SIM card is what gives your phone its identity. What hackers are doing is they’re calling phone carriers imitating to be certain people. They say they lost their phone and have a new card and they want to put the SIM card they had before on their new phone,” he said.

Polk said the way the hackers are able to gain access to another person’s SIM card is the cell phone carriers often don’t require the caller to provide a PIN number. And then they give that person the SIM card.

Why would a cell phone company give out the SIM card without the person providing the PIN?

“Probably because mainly people lose their PINs and so they’re tired of that and worn down,” Polk claims.

Be careful out there, folks. Secure your personal information.

It happens to us all the Time, No news on that, but since they are “Celebrities” their cat poo.