Like jokes about bombs while passing through airport security, sometimes a flippant quip about a serious topic isn’t so funny. Just ask Massachusetts poker player Scott Robbins, who is suing the Borgata casino in Atlantic City for more than $1.25 million after a jest about suicide to hotel staff led to a hospital trip and a lifetime ban. 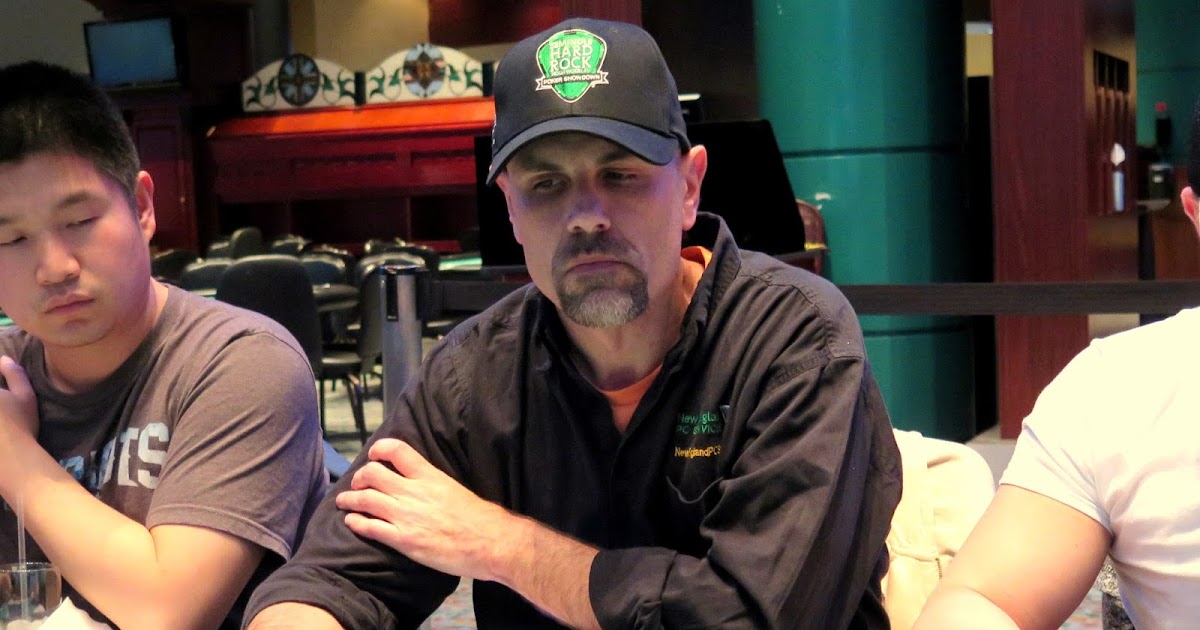 Scott Robbins is suing the Borgata for more than $1.25 million after the casino banned him from the premises in 2019. (Image: FoxwoodsPoker.com)

The lawsuit, filed on June 15 in a New Jersey Superior court, came to light on Monday after Borgata corporate counsel successfully sought to have the case removed to federal court, where it will now be heard.

At the heart of the complaint is an ill-conceived joke about jumping out of hotel windows made in front of Borgata staff. This led to security evicting Robbins from the premises and forcing him to go to a nearby medical facility for a psychological evaluation.

Robbins, from Millbury, Massachusetts, was at the Borgata to play in the WPT Borgata main event, a $3,500 tournament that he’d entered through a satellite. In addition to the value of the seat he lost when taken away involuntarily, Robbins received a $2,000 bill for the ambulance ride that he contends all stemmed from a simple misunderstanding.

In addition to these and other lost travel expenses, Robbins claims that the Borgata inflicted emotional and physical distress by banning him from their property and committing libel, slander, and defamation against him. The suit also claims that the Borgata has cost Robbins at least $850,000 by not allowing him to play in their poker tournaments.

According to the complaint obtained by CardsChat News, Robbins’ troubles began when he checked in at the Borgata in advance of the September 2020 tourney. The complaint details how Robbins’ comments about possibly jumping out a window, though allegedly made entirely in jest, were horribly misinterpreted.

“Upon arrival at the hotel/casino and in conversation with the front desk clerk, [Robbins] was asked if he wanted a high floor or a low floor — to which he jokingly responded, ‘If I had to jump from a high floor window [meaning, in case of fire or earthquake], would I make it?'” the complaint reads. “The clerk responded with ‘NO, don’t do that.’

Robbins insists he said he wouldn’t jump, but then asked, “Would I make it if I had to jump out of a lower floor?” The clerk again responded with “NO, don’t do that.”

Robbins said clearly, “I won’t,” his lawsuit claims, and then added, with a laugh, “But since I wouldn’t survive either, I guess it doesn’t matter what floor you give me.”

Then, with Robbins and others around him laughing, the clerk handed him a key to a room on the 30th floor, which the complaint points out is “notably, not a low floor.”

The complaint also notes that all rooms at the Borgata hotel have windows with inch-thick glass. Though not loudly broadcast by the gaming industry, such windows are largely standard for casinos with hotel towers, precisely to prevent a suicidal tragedy from occurring in the event of a disconsolate loser who’s gambled and lost too much.

The complaint details how Robbins was in his 30th-floor room watching TV when armed security arrived, informing him that he would not be allowed to stay unless he successfully cleared a psychiatric examination. He was then required to board an ambulance, which took him to a nearby facility where a psychologist concluded Robbins was no threat to himself or anyone else.

Despite passing the mental exam the Borgata made him take, Robbins received a bill for it as well as for the ambulance ride. Robbins alleges that even after getting the medical clearance, the Borgata then refused to allow him to stay on the premises and, instead, issued him a lifetime ban.

Borgata security had already removed his belongings from the room and made sure he departed the property, leaving him no choice but to find alternate lodging, the lawsuit contends.

Robbins’ complaint lists no fewer than 28 actionable torts that the Borgata is alleged to have committed against him, including, but not limited to:

The exact amount sought is $1,253,368.75, though some of the alleged torts allow for trebled damages, meaning the value of a winning judgment theoretically could top $3 million. The Borgata has not responded to these demands for payment.

A decade of assumed poker profits?

The largest component of the claim is the assertion that Robbins is entitled to $850,000 in damages for being denied access to Borgata poker tournaments. According to the complaint, that figure is derived from an estimate that he would make $85,000/year for the next 10 years.

While Robbins’ claims for future profits may seem far-fetched for someone who has only cashed twice in events with buy-ins over $2,500, his Hendon Mob page shows that he’s amassed $417,325 in lifetime cashes since his first one in 2018.

None of Robbins’ recorded in-the-money finishes occurred at the Borgata. They’ve come at casinos in the Northeast, in Florida, and in Las Vegas. He won a WSOP Circuit gold ring by taking down the $250 seniors event at the WSOPC Foxwoods in August 2019.

State and federal US courts have rarely if ever viewed assumed profits from gambling activity as a sure thing, regardless of whether or not the activity has skill elements.

I hope they give you the max – I’ve made those same jokes in the past myself!

To say the Borgata went overboard is an understatement