WSOP bracelet winner Perry Friedman can now add “attorney” to his resume, along with the computer programmer and venture capitalist columns already on there. 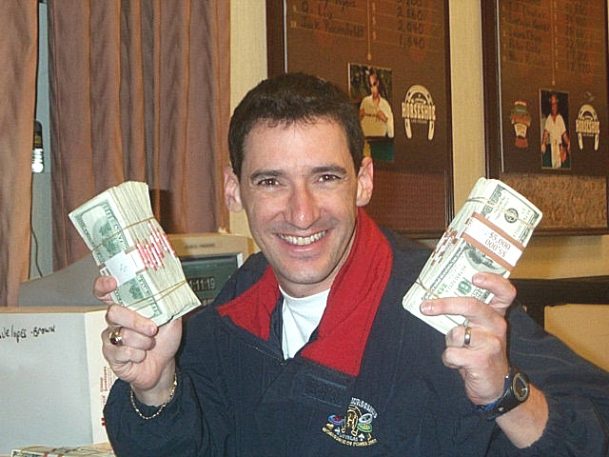 WSOP bracelet winner Perry Friedman now has a law degree, so we can only hope he uses it help make US online poker legal across the board. (Image: cs-students.stanford.edu)

Friedman may have achieved one of the ultimate goals in poker when he won the $1,500 Omaha Hi/Lo event at the 2002 WSOP, but seeking new challenges, he decided to aim for one of the more complex professions out there and take on the legal field.

That, despite already having bachelor’s and master’s degrees in mathematics and computer science from Stanford University on his well.

Apparently, some persuasion from his significant other helped to propel him towards enrolling at the Boyd School of Law at the University of Nevada, Las Vegas (UNLV), where he completed his studies in 2015. His name does not come up in a search of the Nevada Bar Association, so we can only presume he is still prepping to pass the big hurdle in the upcoming months.

According to the Nevada Bar Association website, the next exam will be in February 2017.

Talking to UNLV’s Launce Rake in August, shortly after graduating, Friedman explained that he wants to use his new lawyering skills to help others and uphold the values the US was built on.

“I hope to fight for justice and help protect the liberties and freedoms that make this such a great country. I also want to encourage others to help protect those rights. As lawyers, we have an opportunity to do a lot of good for others,” Freidman told UNLV.edu.

The poker player said he wants to do some pro bono civil liberties work, which could lead him to join the fight for regulated online poker in the US.

Although civil liberty work is mainly concerned with the freedom of action and speech, many would argue that a ban on online poker is a ban on people’s right to spend their own money in a way they choose.

For his part, Friedman is still an active poker player, and was in attendance at this year’s WSOP. Although he fell short of claiming another bracelet, he did manage to cash in the Main Event with a respectable 681st place finish, putting him in the top 10 percent of entrants.

With his interest in poker still burning bright and a new legal qualification in his possession, there’s every chance Friedman could become an important figure in push back against anti-online poker bills such as UIGEA, although he’s made no specific mention of that as yet.

In the meantime, Friedman will continue using part of his bankroll to help the next generation of law graduates at Boyd. Through the Perry Friedman Civil Liberties Scholarship, the poker player is providing financial help to outstanding law students at the UNLV law school in Las Vegas.