There was a time when Pennsylvania’s Josh Brikis was considered one of the best young guns in poker. From 2006 to 2015, Brikis won $1,584,725 playing tournaments, but shortly thereafter he gave playing up to focus on family and a new sports card business, Brikis Breaks. 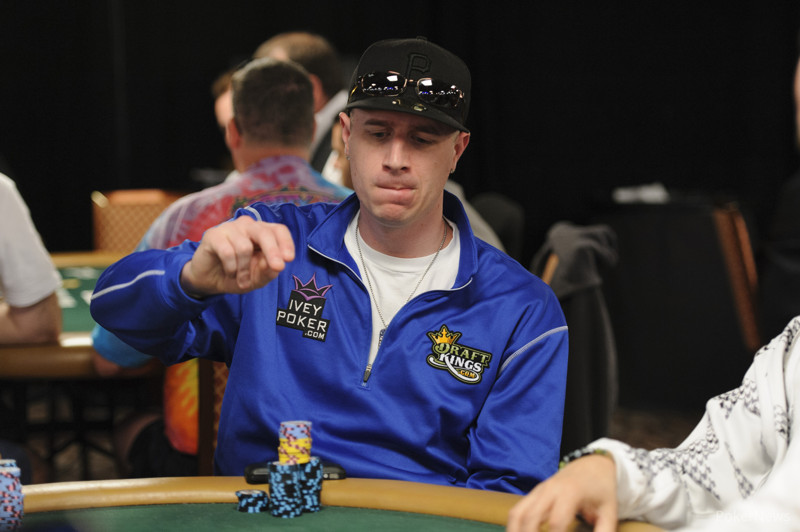 Josh Brikis used to be one of poker’s most feared young guns, but now he’s traded in playing cards for trading football cards. (Image: WSOP)

His story is one that isn’t unique in poker, but perhaps is somewhat uncommon. It’s not often a successful player steps away from the game. But when Brikis did just that, he found a new, fulfilling life, and a game that didn’t necessarily step away from him.

Brikis lives in Pennsylvania (the most recent state to legalize online gambling). And after grinding for a few years, he really broke onto the poker scene in 2009 when he finished runner-up to Matt Hawrilenko in the 2009 World Series of Poker $5,000 Six-Handed Event for a career-high $619,608.

The following year, he made a deep run in the 2010 WSOP Main Event, finishing in 55th for $138,285, and two months after that won a Borgata Poker Open $1,650 NLHE event for $119,034. Those round out the top three scores of his career. Throughout it all, his winning personality built up a growing fan base.

But life on the grind over the next five years took its toll on Brikis, and when his son, Brayden, was born, he began transitioning away from poker. As he put it, all the travel combined with the pressure of having a job without a guaranteed income, did not really fit with starting a family.

Eventually he made the decision to step away from the game, following in the footsteps of bracelet winner Matt Jarvis, who left poker to start his own Shack Shine business. Coincidentally, Brikis and Jarvis previously battled it out on the felt on Day 5 of the aforementioned 2010 WSOP Main Event.

From Playing Cards to Trading Cards 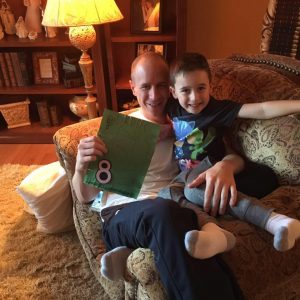 CardsChat recently spoke with Brikis about leaving poker behind to start his own business.

CardsChat: Can you tell me a little about how you got into sports cards?

Josh Brikis: I was born into it. My dad grew up collecting and he was fortunate enough that his mother didn’t throw them out in the trash like so many did. Every year for Christmas, I would get boxes of cards to open. It became a very fun hobby at a young age.

My teenage years I strayed from it almost completely but would still go to the National Card Show every year with my dad. It has always been a bonding thing and an enjoyable hobby for my dad and I to do together.

CC: Tell us a little about what “breaking” is and how you got into it?

A friend of mine got me into it about three years ago. Basically, a bunch of people pitch in money to buy and open a case from a company such as Topps, Panini, Upper Deck, Leaf, etc.

A case of cards may have 12 boxes, each box may cost $100, that’s $1,200 for the case. We break the product down by teams and each person can choose their team. Once all the teams sell we open the product. This way the whole case is paid for, and because you are pitching in with others, you get all of your team’s cards from a whole case of 12 boxes as opposed to you buying a box at the store for $100 and not having a shot at the rest of the case because $1,200 is a lot of money. 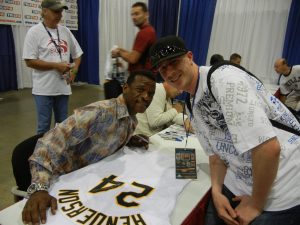 And there’s a social aspect to it, too?

The fun part comes in when we get ready to do the “break.” We have a live video and people chat as I open the case. The video gets uploaded after the break so there is never a concern on missing it.

I actually have plenty of poker players that break with me. Because of the action, it compares to poker in some ways. You can break down the odds and compare the risk/reward for the price of the teams.

CC: This summer you returned to the WSOP for the first time in a couple years. Did it feel good to be back at the tables?

Josh Brikis: I always said I would never miss the Main Event. However, in 2016 my sister was due with her first child on Day 1 of the Main, and I just did not feel comfortable scheduling a trip and being out there.

So yes, I haven’t played since 2015 and I did decide to go out this year. I only played the Main Event. It was really strange actually, just all the memories of everything from 2009-2015 that were in my head. I had a good time and it was fun, but the one thing I realized quickly was that I made the right decision and that I didn’t miss doing it for a living.

CC: What role does poker play in your life these days?

I haven’t played poker pretty much at all for two years. Any free time I have, I am either with my son or taking care of my house and business. I just don’t have any desire to go sit down for a game when I have the free time to do it, I would rather be doing something else.

If I can make the local bigger tournaments here in my backyard I will and I will try to play the WSOP Main and maybe a WPT at Borgata but other than that, I just don’t plan on playing poker much anymore.

CC: What advice, if any, do you have to any poker grinders who may be worn out with the game and are thinking about doing something else, like starting their own business?

You know, I hate to tell anyone to not play poker for a living if that is what they want to do, but I certainly would never recommend it. Playing poker makes a lot of people miserable a lot of the time. I feel so different mentally these days than I ever did playing poker.

Not to talk down on it of course, but there is a lot more to life than poker and so I would say get out there and go after something you like and give it a shot. You gave poker a shot so you must be a risk taker.

I say kudos to Josh, he worked hard at poker, and it finally paid off for him.
When a career starts to interfere with your personal life , then you need to take a long hard look at what you want .
If you want to keep up with what you are doing or be with your family. If your career is not one that is compatible to both family and it , then it is a decision you need to make .
If your make it big in poker and you are happy with that and can live comfortably then I would do the same as Josh. Don’t give it up entirely. But at least you don’t need to keep grinding at it.